With low-alcohol drink culture on the rise, hangover-free ‘alcosynth’ could be a game changer, giving a long-neglected industry a shot at redemption. 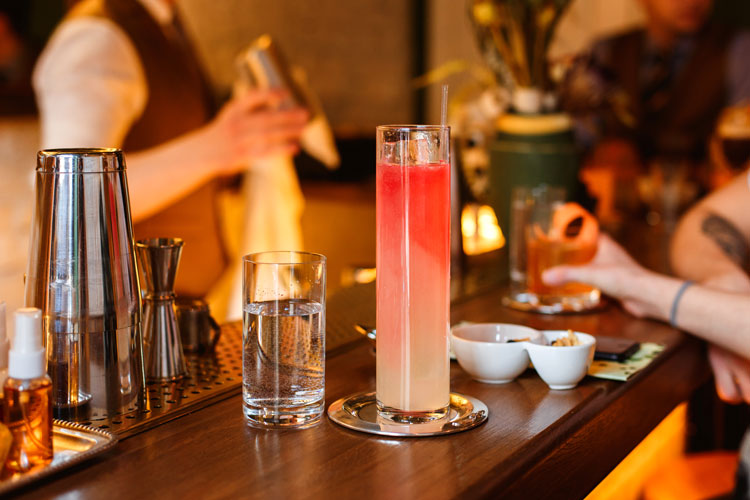 You’re drinking and you’re slightly disinhibited. It’s easy to smile, communicate and socially interact. You drink more; there’s no trace of tension or negative emotion. You keep drinking and the night ends on a high. But here’s the kicker: you wake up without a hangover.

That’s what Alcarelle, a company developing a synthetic alcohol substitute, is aiming to achieve: the benefits without the side effect. “How do we preserve the positive aspects of social engagement, without the physical and psychological damage that alcohol brings?” questions Alcarelle’s managing director David Orren. With this aim in mind, his business partner, scientist David Nutt, has been working on ‘alcosynth’ compounds for the last 15 years.

The rise of low-ABV

The business has identified a five-year plan to go through the safety testing and regulatory processes, which will kick in once their negotiations with investors are finalised.

Orren broadly describes Alcarelle’s target demographic as social drinkers; the habit of drinking for social interaction is becoming increasingly common. Additionally, UK charity Alcohol Change reports that 20 percent of the British population are teetotallers, but that’s a trend that has already become mainstream among young drinkers.

According to a BMC Public Health report, the number of British teetotallers aged 16 to 24 rose from 18 percent in 2005 to 29 percent in 2015. “Today’s younger generation is really experimental, looking for healthier alternatives at every level,” says Orren. They’re disinclined to arbitrarily take something off the shelf, they want to know what it contains and what it’ll do for them, he adds. “That’s a phenomenal leap forward in human thinking, and we’re responding to that need for something better.”

Our goal is to produce a compound that allows alcohol companies to create drinks that give you a feeling similar to that of two glasses of wine.

Alcarelle occupies an interesting spot in the low-ABV (alcohol by volume) space. Alcohol charity Drinkaware classifies drinks between 0.05 and 1.2 alcohol percentage as low-ABV. The movement has gained traction in recent years, fuelled by waves of health awareness, and the alcohol industry is adapting to it.

New low-ABV spirits like CleanGin and Ceder’s are cropping up regularly and the trade is responding accordingly with summits and even awards for low- and no-alcohol beverages.

While these products serve as alternatives to existing spirits like gin and vodka, Alcarelle aims to develop the ingredient that acts as a replacement for ethanol. During alcohol consumption, ethanol metabolises into a compound called acetaldehyde. “It can affect people in different ways, depending on whether their bodies can produce certain enzymes that process this substance,” explains Orren. Ultimately, hangovers are caused by that metabolism, and preventing that reaction is one of alcosynth’s distinctive features. “Alcarelle doesn’t create acetaldehyde, so we are bypassing that problem.”

An oft-cited concept surrounding alcohol’s health effects is the J-shaped curve, which suggests that with higher consumption, the risk of death is elevated. The Office for National Statistics reported in 2017 that alcohol-related deaths have increased annually since 2012, with 2016 recording the most deaths (9,214) since records began.

“Our goal is to produce a compound that allows alcohol companies to create drinks that give you a feeling similar to that of two glasses of wine. Then, you reach a ‘flat curve’; no matter how much more you drink, you shouldn’t feel more inebriated,” says Orren.

Alexa Davies, Co-Founder of sherry brand XECO Wines, finds that fascinating: “On one level, I hope we don’t bastardise the alcohol industry too much because we’ll lose our sense of authenticity. But I personally don’t like any of the alternative low-alcohol products, so I’d love for someone to create something better.”

Davies describes low-ABV as a “really weird phenomenon”. Industry professionals are obsessed with it, but it hasn’t yet hit home with consumers. “It’s so odd,” she comments, “there’s a high number of people who don’t know about it, but this trend is still growing. It’s a pre-emptive movement in the trade, but the growth is insane.”

The movement has thrown a lifeline to a forgotten craft in the alcohol industry. A simple online search for low-ABV cocktails would render countless classics, seeing their customary spirits swapped for something lighter: sherry. While most cocktail spirits clock up between 35 and 45 percent alcohol, this fortified wine from Jerez, Spain ranges from 15 to 22 percent ABV, lowering the drink’s alcohol content significantly.

“In cocktails, sugar and alcohol are nightmarish components for bartenders,” explains Davies, 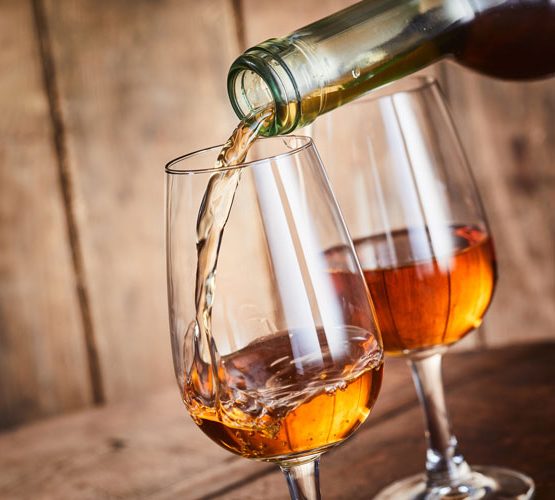 having worked with alcohol for 15 years. “When you add Fino sherry, you’re bringing in dryness and depth of flavour, but you’re also reducing the alcohol.” She notes that another reason sherry-based cocktails are popular is the respect people have for the category. “It might have gone in and out of favour with the consumer, but it has never gone out of favour with the trade,” she says, adding that sherry cocktails are restricted to trendy bars.

“Sherry is very hard to work with,” explains Brendan Rosekelly, a bar manager and consultant. “Cocktails are meant to enhance the spirit’s flavour. If you’re going to kill that taste, there’s no point creating the cocktail.”

Davies credits the low-ABV drive for fresh opportunities: “Sherry is still feared by many, but we can walk into a bar now and there’s a conversation to be had.” So, would XECO create a low-ABV sherry? “We might mix it as a base with something else, as a ready-to-drink alternative,” ponders Davies, “but we wouldn’t tamper with the actual fine itself to make it non-alcoholic, because that would be bastardising it.”

She believes the alcohol trade is leading the movement. “Businesses are forecasting the next generation’s personal health views. They’re worried about potentially losing customers to this new wave of healthy living.”

One such customer is Tom Bourlet, a participant in this year’s Dry January campaign. “We’re a nation that loves a drink,” he says, “but the attitudes towards looking after our bodies and the damage we’re causing have changed dramatically.”

Bourlet considers the low-alcohol trend to be merely in its infancy; and for a consumer like him, the success of a low-ABV beverage hinges on a single factor: taste.

“It’s all about whether it tastes as good and gives you a real buzz,” he says, adding that other determinants would include advertising and cost. “If it comes in a small bottle at a hefty price, it will probably struggle. Whereas if it were on tap alongside the big brands, then people might start trying it out of curiosity.”

This begs the question: will pubs and bars start stocking these products? Rosekelly ascribes it to the business’s consumer base. “It’ll be about whether it’s going to sell, and whether it’s worthy to be put in my bar.”

A bartender with a decade of experience, Rosekelly considers the low-ABV drive to be a passing trend. “It will be popular for a phase, until the next thing comes along. Nothing is here to stay in this industry.”

If bars undergo a surge in demand for alcosynth, would it sell? Rosekelly believes the answer depends on effective promotion. “Unless it’s properly marketed, no. It needs to be sold to everyone working in the industry and everyone coming into it,” he states.

And what about Alcarelle’s price? “We want to make the ingredient available for drinks companies – and they’ve got very clever people who know how to create new tastes, formulations and packaging – to understand the moment at which people will want a refreshing new drink that’s better than other options. Ultimately, they’re going to decide the price,” says Orren. “My dream is that we can support every type of taste and level of budget.” He emphasises his goal of removing “nasty, cheap alcohol that damages the brain”.

On a final note, Orren insists that Alcarelle isn’t competing with alcohol. “Alcohol will continue to have a place in the world. This is just the modern world creating better alternatives. When you have something that’s better than what you’re already used to, eventually you want to try more of that.”

Better or not, the prospect certainly is intoxicating.

Anay Mridul is a journalist based in London. Originally from India, he covers food, coffee, veganism and culture, and has been a barista for more than three years. 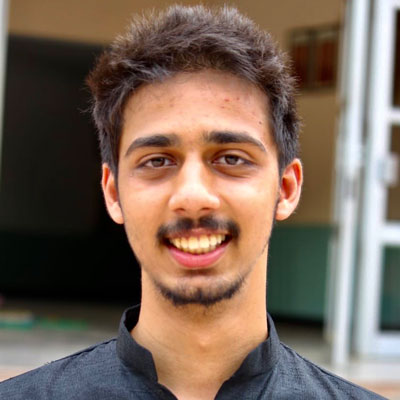 One response to “The morning after”