The largest certifier of UK organic land, OF&G (Organic Farmers & Growers), has stated that a holistic, cohesive approach is needed to redress the balance between productivity and thriving wildlife – both of which are essential to secure a sustainable and healthy system. 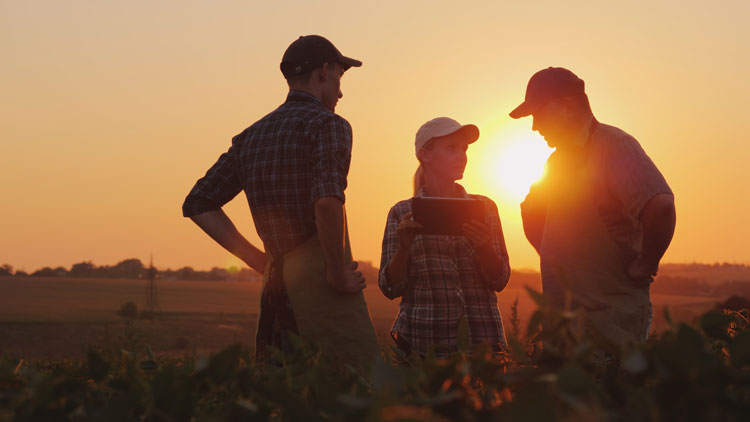 In a statement yesterday, OF&G urged the UK government and agricultural industry to support an integrated and whole-system approach to farming and food production based on organic and agroecological principles.

Highlighting numerous suffocating pressures on modern farm businesses – such as uncertainties over the Agriculture Bill currently circulating in Parliament and associated trade decisions, extreme weather conditions affecting crops and the continuing COVID-19 pandemic – the organisation asserts the need for crucial debate on the future of this vital sector.

Key decisions must be made regarding the best way to manage rural landscapes while tackling climate change and building the nation’s food security.

Commenting on the crux of the issue, Roger Kerr, chief executive at OF&G, said: “The issues we face are multi-dimensional – we’re seeing significant degradation of soils and major climatic events alongside huge biodiversity loss. We must seek to reconcile these issues simultaneously, while recognising the need for our food production system to significantly reduce its impact on finite natural resources and the environment.

Asserting the fundamental benefits of organic farming, Kerr continued: “Organic farming, which is currently the most widely recognised agroecological approach, means farming with nature, rather than against it. This allows us to benefit from many valuable biological processes and continue to feed our population while providing the best farmed environment for wildlife.

“This isn’t to say there’s not a need for defined spaces where wildlife and nature take precedence. But it’s critical that in creating this additional space for nature, we don’t continue to degrade our soils and biodiversity elsewhere by chasing yield alone to offset any perceived overall loss of production.”

Reflecting on former Defra chief scientific adviser Prof Sir Ian Boyd’s vision that “half the nation’s farmland needs to be transformed into woodlands and natural habitat to fight the climate crisis and restore wildlife” (as reported in The Guardian last December), Kerr believes the prospect is imbalanced and unsafe.

“Although this vision may help to restore some wildlife species that prefer either unfarmed or very extensively farmed land, it completely misses the point that whatever food production system we have it must reflect the current challenges we face.

“The continued degradation of our most productive soils through increased intensification to allow lower grade soils to be rewilded can only lead to a long-term reduction in overall agricultural capacity and greater environmental decline overall.”

To redress the balance, Kerr believes the Government must take a much broader view. This should include taking account of such measures that would strengthen food supply chains and restore the natural environment through a whole-system approach that considers the wider environmental ‘balance sheet’. The implementation of organic techniques would be a positive move that would enhance ‘natural and public assets’ and reduce ‘environmental and societal liabilities’.

“To bring a more benign farming system and the space needed for nature together, we must address the challenges of diet, food waste and inequities in our food system. Our productive agricultural land cannot be ransomed due to wider political inertia or slavish adherence to the current paradigm,” continues Kerr.

“To optimise food production requires investment in organic and agroecological research alongside support for farmers to transition towards different farming methods, plus the development of more local food networks and peri-urban food production.

“Diversity in farming and the supply chain is ultimately the key to a more resilient and productive food system,” he concludes.