Use caution when eating cured or smoked fish, advises BfR

BfR Federal Institute for Risk Assessment in Germany has published a notice highlighting that caution should be employed when consuming smoked or cured fish to guard against contracting listeriosis. 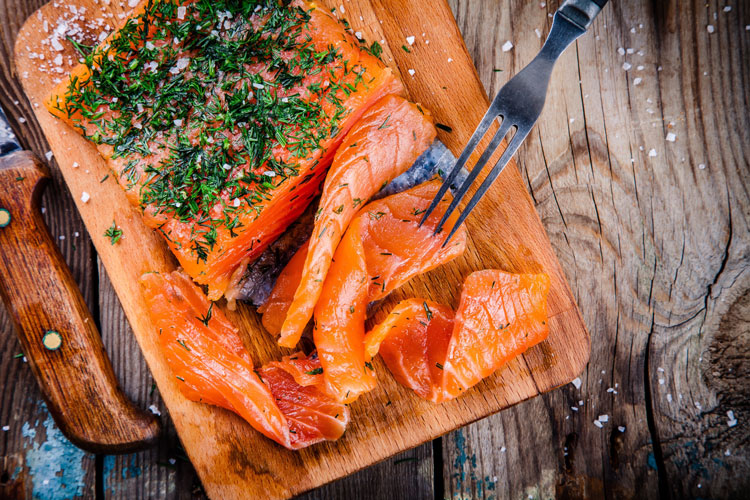 In 2018, 701 cases of severe invasive listeriosis were communicated to the Robert Koch Institute (RKI), which translates into 0.8 cases per 100,000 people. Most listeriosis illnesses reported were severe and associated with blood poisoning, meningitis or miscarriages, for example. In 2018, the disease was fatal in five percent of cases.

Listeria can be found in a large variety of foods of both plant and animal origin; but cold- and hot-smoked fish are often contaminated and therefore more likely to transmit the disease in the absence of careful preparation, advises BfR.

“Pregnant women, elderly people or those with weakened immune defences should only eat fish and seafood that have been thoroughly heated,” says BfR President Professor Dr Andreas Hensel.

The bacterium L. monocytogenes is widespread in the environment and can be found in many foods. High detection rates are found in minced meat, raw meat dishes (eg, tartare), raw sausage meat (eg, “Mettwurst” raw minced pork) and raw milk, for example. However, numerous other ready-to-eat foods of both animal and plant origin, which are not subjected to further germicidal treatment (eg, heating) after processing, may also contain L. monocytogenes.

Examples include cheese (made from raw or pasteurised milk), pre-cut salads and vegetables, deli salads or sliced sausage products. This is because listeria can survive for a long time in food processing plants in recesses that are difficult to reach for cleaning and disinfection. As a result, many foods can be subjected to contamination sources during processing.

However, raw, smoked or cured fish products and seafood such as sushi, sashimi, oysters, are products that are frequently contaminated with listeria, explains BfR, serving to highlight a group of foods that deserve particular care when eating.

Seven to 18 percent of the samples of cold-smoked or cured fish products examined by the food monitoring authorities in Germany between 2007 and 2017, and three to nine percent of the samples of hot-smoked fish products, contained L. monocytogenes. Even low germ concentrations are hazardous to risk groups; for example, when products are stored at home above the temperatures recommended by the manufacturer or when they are eaten after their best-before date.

The handling of contaminated products also risks transferring listeria to other foods.

A solution to the fight against Listeria?…

The BfR recommends that people who have an increased risk of developing listeriosis should not generally avoid fish, but rather only eat fish or seafood that has been thoroughly heated. Listeria can be reliably killed off by heating food to a core temperature of 70°C for at least two minutes. Risk groups should refrain from eating raw, smoked and cured fish products and seafood.