A solution to the fight against Listeria?

A new technology has shown promising results in the fight against Listeria; Even Heir and Askild Holck from Nofima discuss the results. 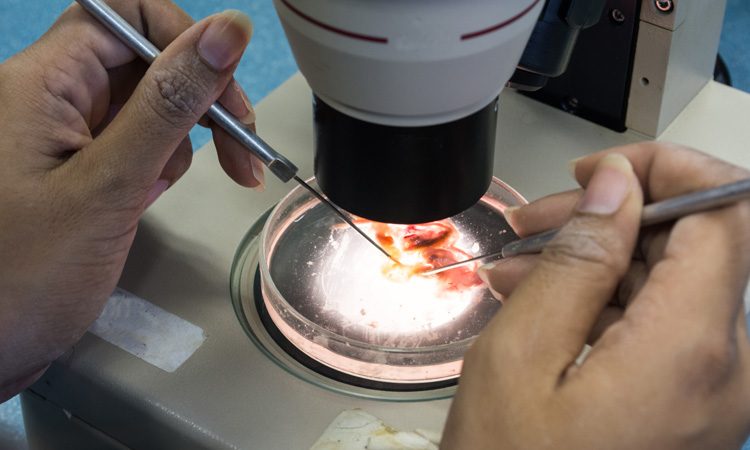 The bacterium Listeria monocytogenes (hereafter referred to as Listeria) can survive and grow in food production environments and within certain types of food. It can result in the serious, and sometimes deadly, disease named listeriosis.

A European survey showed that ready-to-eat fish products, mainly smoked salmon, had more occurrences and higher levels of Listeria than ready-to-eat products of cheese and meat. The Norwegian salmon industry processes and exports salmon to many countries and Listeria represents the largest food safety challenge for this worldwide exporting industry. There is a need for measures that enhance control and reduce the risk of Listeria in these types of products.

The bacterium poses the threat of major disruption and costs in terms of control measures and recalls; it also has the potential to affect reputation and market access. Although no outbreaks have been linked to smoked salmon produced in Norway, there have in recent years been several minor outbreaks in Europe.

Optimal production hygiene is a key requirement for Listeria control but cannot ensure Listeria-free foods. Nofima is a research institute for the food and fishery industries, based in Norway, and it has been cooperating with the Norwegian salmon industry to investigate Listeria control strategies that can be applied directly to the fish. How these measures will affect the quality of the salmon is also a focus of its studies.

This article presents results from two measures that were applied to smoked salmon:

To investigate the effects of Verdad N6 as an ingredient in smoked salmon, we produced smoked fish with and without Verdad N6 by dry salting fresh salmon fillets followed by cold smoking. Mixtures of salt (NaCl) and Verdad N6 were applied according to the weight of the fillets so that NaCl constituted three percent of the weight of the salmon, while levels of Verdad N6 varied (between zero and two weight percent). After dry salting and allowing the salt distribution to even out, the fillets were cold smoked, vacuum packed and stored at 0°C until slicing three days post smoking. Sliced salmon was contaminated with a mixture of 10 strains of Listeria and then vacuum packed again (see Figure 1). The salmon was stored at 4°C and 8°C to illustrate the maximum recommended storage temperature and a higher temperature, which also occurs during refrigeration storage. We examined the level of Listeria during the storage period. 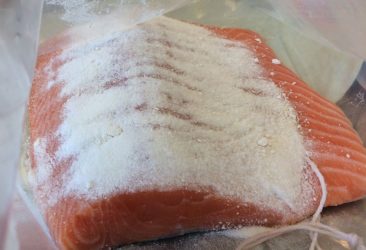 Production of smoked salmon and contamination with Listeria. After dry salting with a mixture of sodium chloride and Verdad N6 (a buffered vinegar fermentate), the salmon was cold-smoked and then contaminated with L. monocytogenes. After infection, the salmon was vacuum packed and stored at 4°C and 8°C. Pieces of Listeria contaminated salmon were treated with UV light before vacuum packing and storage.

Results showed that Verdad N6 distinctly inhibited the growth of Listeria and that this inhibition depended on the concentration of Verdad N6. In smoked salmon without Verdad N6, the Listeria level increased more than 1,000-fold during the storage period at 4°C. Complete inhibition of Listeria growth was possible in salmon with Verdad N6.

The results also illustrate that low storage temperature is of major importance regarding Listeria’s ability to grow in smoked salmon. We noticed a very rapid growth of Listeria when the controlled salmon was exposed to the higher refrigeration temperature (8°C). Verdad N6 provided distinct growth inhibition, but two percent of Verdad was still not sufficient to totally inhibit Listeria growth.

In practical terms, the results show that when relevant, low-level Listeria contamination occurs, one percent of Verdad N6 is sufficient to keep the Listeria levels below the current risk limit of 100 bacteria per gram at the end of 30 days of shelf life, provided the salmon is stored at 4°C. When higher doses of infection and higher storage temperatures are used, Verdad N6 also contributes to significantly lowering Listeria levels at the end of storage time, thereby reducing the risk of products causing listeriosis. It is probably possible to achieve similar effects when using Verdad N6 diluted in water, either by injection or by salt brining, where Verdad is added to the brine solution.

Verdad N6 provides effective growth inhibition of Listeria in smoked salmon but does not kill the bacterium. Optimal control strategies to inhibit Listeria will be measured that both kill Listeria and inhibit the growth of surviving bacteria found on the salmon.

Regarding the UV treatment of salmon, whole smoked fillets with Listeria contaminating the fillet surface were exposed to mild UV light and then vacuum packed. UV illumination of the salmon killed about 90 percent of the Listeria that was present on the UV illuminated surface of the fillet.

Higher bacterial kills are probably limited by the structure of the salmon’s surface, which means that not all Listeria bacteria on the surface are exposed to sufficient UV light, and thus will be able to survive treatment. The surviving bacteria will be able to grow further in UV-illuminated smoked salmon without added Verdad N6.

A combination of Verdad N6 used as an ingredient and mild UV illumination of the smoked salmon appears to both inhibit growth and kill most of the bacteria.

The fact that new technologies and treatments of salmon provide increased control of Listeria is not enough. The products must also be just as good or better regarding taste and quality than regular control salmon.

The quality of smoked salmon with added Verdad N6 and untreated control salmon (samples without Listeria) was investigated in a consumer survey. Consumers were asked how much they liked the various salmon samples on a scale of one to nine, where nine was best. The consumers were also presented with a list of characteristics and indicated which ones they thought best described the product they tasted.

The test showed that there was no statistical difference in how consumers scored smoked salmon that contained Verdad N6 compared to controlled salmon. Salmon with Verdad N6 was considered to have a more distinct reddish colour and was less pale than salmon without Verdad N6. Reddish colour is an important parameter of quality for smoked salmon. There were only negligible differences among the other parameters that were evaluated.

Our research also showed that smoked salmon with Verdad N6 had lower bacterial levels overall than untreated salmon and lower levels of the fish spoilage bacterium Photobacterium. These are also promising results, but more studies are needed to clarify the significance of this regarding the quality and shelf life of salmon.

In a consumer survey comparing UV-treated salmon and untreated control salmon, consumers were asked to rate the quality of the salmon. No sensory differences were found. Nofima’s sensory panel evaluated the UV-treated salmon and the control salmon based on 22 sensory characteristics. These professional tasters did not find any sensory differences either.

It is extremely beneficial for the salmon industry, as well as other food industries, to have technologies available for Listeria control in potential risk foods. Further studies are needed to investigate how the results can best be introduced in large-scale production, as well as clarifying cost-benefit values regarding implementation in the industry. Nofima is also working on evaluating other methods and technologies for increased control of Listeria in both raw and smoked salmon. 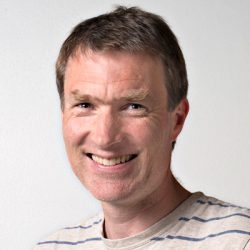 Even Heir and Askild L Holck are senior research scientists at Nofima – Norwegian Institute of Food, Fisheries and Aquaculture 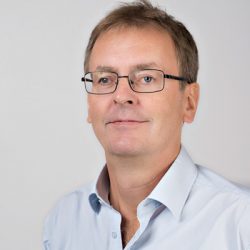 Research, a leading institute for applied research for the food, fish and aquaculture industry. Their main research activities include control of microorganisms and their responses to strategies applied for microbial control in food and food processing industries.

By Asklid L Holck, Even Heir