With the European Parliament’s failure to decide on the legality of vegan ‘sausages’ or ‘burgers’, the European livestock sector is launching the campaign, ceci n’est pas un steak. 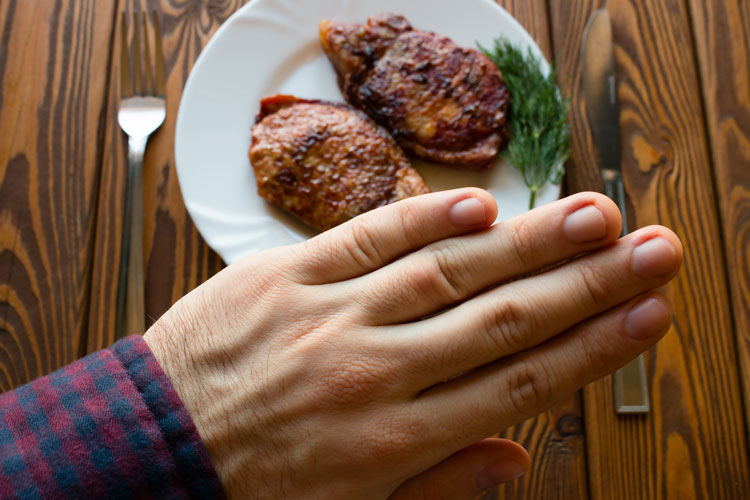 Debate has escalated over recent years regarding the legality of using such terms as ‘vegan sausage’ and ‘veggie burger’, but European livestock farmers consider their views are not being properly voiced.

In a bid to assert their belief in the detriment such a ruling would present their industry, Copa and Cogega (the European farming cooperative) launched the ceci n’est pas un steak campaign to prevent, what they are calling, a cultural highjacking.

The debate on meat and dairy denominations for plant-based imitations is far more complex than it seems at first glance. If the European Parliament decides in the coming month to condone food denomination loopholes to protect vegan sausages or vegan burgers, the result will be detrimental to both consumers and livestock farmers alike, according to Copa and Cogega.

The campaign calls for mobilisation of the whole sector after the European Parliament again reached a stalemate on the CMO (common organisation of the markets) Regulation’s provisions regarding meat denominations. In a statement on behalf of the livestock sector, they explained that MEPs reiterated the same discussions they had last year, in an effort to legalise the terms ‘vegan burgers’ and ‘vegan sausages’.

MEP Eric Andrieu proposed leaving the critical issue of meat denominations in the hands of the European Commission by means of delegated acts, on the condition that it accepts the recognition of names such as vegan burgers and vegan sausages.

However, Copa and Cogega believes this to be an unacceptable passing of the buck; calling instead on Members of the European Parliament to carefully consider the impact and consequences of generalising such terms, thus promoting misleading and unfair marketing.

Jean-Pierre Fleury, Chairman of the Copa and Cogeca working party on beef and veal, commented at the launch of the initiative: “The European livestock sector is not trying to fight this development, we simply call for the work of millions of European farmers and livestock sector workers to be acknowledged and respected. I am not afraid to say that this is an obvious case of cultural hijacking. Certain marketing agencies are using this to deliberately confuse consumers by promoting the view that substituting one product for another has no impact on the nutritional intake. This path is paved with good intentions, but it will open the door for other confusing denominations to emerge in the long term. We are about to create a brave new world where marketing is disconnected from the real nature of products, which is just asking for things to spin out of control!”

There exists a firm belief among these farming groups that plant-based foods should be kept entirely separate in terms of association from long-established meat products, such as burgers and sausages. Maintaining that plant-based products should develop their own unique characteristics, the group said the vegan sector needs to step up its creative effort.

The group added that the ceci n’est pas un steak campaign raises fundamental questions about consumer information, our cultural heritage and the power of modern marketing, which blithely amalgamates big business interests and values. An industry striving to become mainstream should not need to build its reputation by focusing their marketing efforts on existing products and fighting against them, they said.

The campaign will feature a series of initiatives aiming to raise awareness for the importance of the meat denomination debate which will be organised in the days leading up to the vote.