Center for Food Safety and Food Chain Workers Alliance have claimed that the Occupational Safety and Health Administration (OSHA) has a duty to issue a standard to protect workers in meatpacking facilities amid COVID-19. 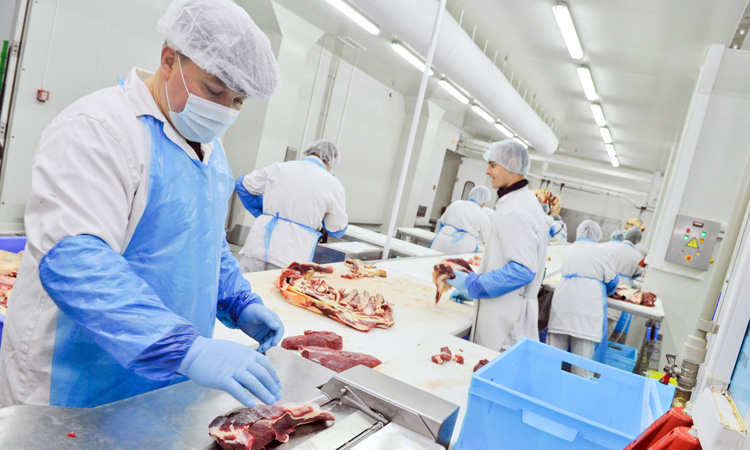 Food safety and worker advocacy organisations, Center for Food Safety and Food Chain Workers Alliance, have filed legal action demanding that the Occupational Safety and Health Administration (OSHA) issue an emergency temporary standard to protect workers in meat processing plants due to the high percentage of workers who have tested positive and fallen ill with COVID-19.

The groups claimed that OSHA has a duty to issue an emergency temporary standard to protect workers from new hazards that pose a grave danger to health and safety, including COVID-19. They noted that “OSHA has only suggested that meat companies comply with voluntary safety standards”.

Recently, US President Donald Trump signed an executive order to invoke the Defense Production Act, declaring meatpacking plants to be “essential infrastructure” in order to force them to stay open during the pandemic. “Considering that we’re in the midst of deadly pandemic, the mixed messages that companies are getting from President Trump and OSHA aren’t just irresponsible, they’re reprehensible,” said Ryan Talbott, Staff Attorney at Center for Food Safety.

“If these meat facilities are going to be forced to stay open, then OSHA must implement an emergency temporary standard that protects worker health and safety during this pandemic,” he continued.

In response to the claims, a US Department of Labor (DOL) spokesperson said: “The document linked to in the inquiry is not a legal action but an administrative petition asking OSHA to adopt an emergency temporary standard for worker exposures to COVID-19 in meat and poultry processing plants. OSHA received the document and is reviewing it. However, the agency already has a number of enforcement tools that apply to protect these workers, including the Personal Protective Equipment and Sanitation standards, and the General Duty clause in the OSH Act.

“OSHA is constantly assessing its standards and requirements and will make changes as needed. OSHA has issued joint guidance with the CDC on measures employers can take to protect workers from COVID-19 in meat and poultry processing, and has issued other guidance for many other industries including healthcare, retail, restaurant and beverage vendor, package delivery, manufacturing, and construction.”

Center for Food Safety and Food Chain Workers Alliance stated that if OSHA does not respond to their petition, the groups will seek to enforce the law in court.