Back in 2002 the then US Secretary of Defence Donald Rumsfeld was roundly mocked for his infamous “known unknowns and unknown unknowns speech.” Though most people could understand what Rumsfeld was trying to say, the public simply wasn’t ready for the way he said it. It turns out that the Chicago-native was just 15 years ahead of his time. 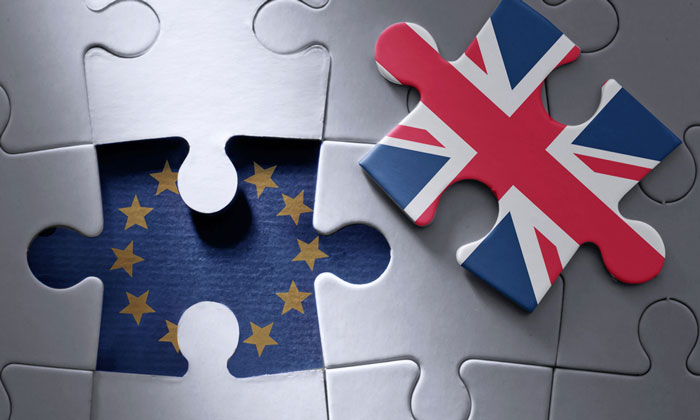 After gathering industry leaders together to discuss Brexit and the Food Industry, New Food learned that not only are there a great many things we just don’t yet know, but there are many key questions that we haven’t even thought to ask before the UK fully withdraws from the European Union.

Time and again very intelligent, vastly experienced and highly qualified professionals explained the impossibility of making proper contingency plans with so many issues still shrouded in mystery. If the Food Brexit Conference had a motto, it might have been ‘hope for the best, prepare for the worst.’

Food Brexit took place at the Queen Elizabeth II Conference Centre in Westminster, less than a stone’s throw from Westminster Abbey and the Houses of Parliament. The food industry was close enough to the corridors of power that if the audience had shouted the cabinet might well have heard them.

Still it was hard to escape the feeling that government has failed to give the sector the prominence it deserves during this transition period. There is a sense that the UK’s largest manufacturing sector is being taken for granted.

The event was hosted by seasoned reporter John Pienaar. Describing his job as “beating a path through the forest of government spin” the host of Radio 5Live’s Westminster round-up was the ideal man to moderate a discussion focused on something as politically charged as Brexit. It was Pienaar who summed up the general mood best when he took a quick poll of the audience, asking for all those who felt positive about Brexit to raise their hand. Out of the scores of people in the audience only a couple raised a hand.

Of course, this is not representative of the wider population, but it might be indicative of an industry that is feeling forgotten. Throughout the course of a fascinating day the audience heard how Brexit could leave the market more susceptible to food fraud, how the impact on the Republic of Ireland will be almost as significant as on the UK, how food standards might suffer as a result of the out vote, why food self-sufficiency isn’t necessarily all it’s cracked up to be and much, much more.

Tara McCarthy, CEO at Bord Bia and Kevin Buckley from Enterprise Ireland enlightened the audience on how Brexit will impact the Republic of Ireland almost as much as the UK. Given how much talk there has been since the referendum about building bigger and better trade relations with China, India and other potential economic powerhouses, instead it was explained that when it comes to international trade, proximity really is key. The UK exports as many goods to Denmark as it does to China. The USA exports more than twice as much to Canada as it does to China, despite Canada having a population roughly equivalent to Shanghai alone. In short, whatever the rhetoric, looking to replace trade with our nearest neighbours with nations further afield is not a viable option.

Many more facts and stats came from speakers, including the International Meat Association’s Katie Doherty and Eoghan Daly from Crowe Clark Whitehill. Knowledge was also gleaned from Dominic Watkins of the DWF, Meurig Raymond from the NFU and Lord Robin Teverson. Concrete answers may still be a way off but by the time the next Food Brexit Conference takes place many of these issues should be, if not crystal clear, at least clearer. With more information there is no question that speakers of this calibre will give the industry a resounding voice.