The qualification of Master Sommelier is one of the most difficult to achieve in the food and beverage industry. Joshua Minchin finds out how to become a Master Sommelier and asks why there is a lack of diversity within the trade. 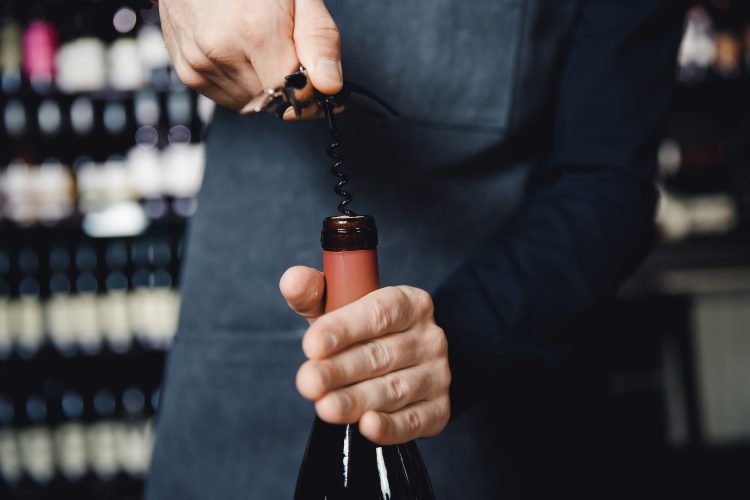 The sommelier is perhaps one of the most gloriously mysterious roles in the food and beverage industry. They glide around the restaurant floor, like wizards of wine, recommending and pouring to consumers who marvel at their encyclopaedic knowledge of viticulture and grape composition.

But sommeliers do not arrive fully-formed in a cardboard box with batteries not included. They are moulded, shaped and developed over decades in the hospitality industry, and ultimately, they must be tested before they can hold the title of sommelier.

How do you become a Master Sommelier?

While Master Sommelier is the very top level possible for a wine aficionado, there are multiple ways into the sector for budding sommeliers. As Sayburn explained, there are four levels of course available. These are:

And it’s that last level which is notoriously hard to achieve.

“The Master Sommelier Diploma is comprised of three parts,” Sayburn said. “There’s a theory, a tasting and a practical. It happens once a year in November, usually at either The Savoy or The Dorchester hotels. The theory part is an oral exam which lasts for around 45 minutes to an hour and is designed to replicate a scenario you might encounter in a restaurant. They will ask you about a grape variety in a particular region for example, and you answer it there and then, you don’t go away to Google it or write it down!”

There’s a reason only 267 people have ever passed the exam in its 52-year history.

Alongside this rather daunting prospect is a tasting test, where candidates are expected to delineate the region, grape and vintage of six different wines, blind. Finally, there is a practical exam, where candidates must test their sommelier skills in front of four different tables, including opening, serving and decanting the wine correctly.

There’s a reason only 267 people have ever passed the exam in its 52-year history.

Why are sommeliers important?

In the age of the smartphone, some may argue that, while fascinating, this is all a little redundant. Why go through decades of experience and a tough examination process when you can get all the information you need in a few taps?

“One of the things that we do as sommeliers is tell the story. Anyone can take a photograph of a bottle of wine and figure out the percentage of Chardonnay compared to Cabernet there. They can figure out what the production is, what the market value price is etc,”  Sayburn contended. “The human element comes with telling the tale. For example, this is made by a Giuseppe and his family, he’s been making it for 10 generations on a hillside in Tuscany and this is how they farm.

“It’s also being able to tie that into your own menu. Every chef’s menu is different. You can’t get that level of exactness from an app. An app will tell you this Bordeaux goes quite well with beef and lamb, and that’s about it. Whereas a sommelier will tell you ‘our chef does the beef and lamb with these herbs and this garnish and this sauce, so the Cabernet Sauvignon I’d recommend is this Spanish one from just close to Rioja’.”

Could you identify the exact region, grape, and vintage of a glass of wine?

How has increased consumer knowledge changed the role of the sommelier?

The age of information has brought with it heightened consumer knowledge. Alongside good wine becoming more affordable to the average consumer, this means the discerning wine drinker today arguably knows more than they ever have done. How does this change the job of the sommelier?

“People drink a lot more wine than they’ve ever done in the past, and I think with that comes a certain curiosity about the way that wines are labelled. The fact is, you can Google any wine and get immediate information about it. I think that that’s all really positive stuff,” said Sayburn.

“An increased consumer knowledge is fantastic. We definitely don’t want to be perceived as these black-caped magicians that swoop in with our books of knowledge.

“Maybe 30 years ago when I started out, everyone was French. Everyone wore a bow tie. Everyone had the silly silver tasting cups around the neck, but I don’t think it’s like that anymore. There may have been a day when French wines were dominant, but now there’s great wine from all over the world. I think that there is just a different attitude today because we have a different clientele with a much greater knowledge.”

Diversity, or a lack thereof

In 2020, the New York Times published an explosive piece detailing the accounts of serval female sommeliers, who claimed they had been sexually harassed and even assaulted by Master Sommeliers. Needless to say, Sayburn was less than impressed when reminded of this episode: “The Americans didn’t really cover themselves in glory.”

Alongside shining a light on a very dark secret, the article confirmed the lack of diversity within the craft – of the 155 people that gained the title of Master Sommelier since 1997 (when the Americas chapter was founded), 131 are men.

So why is there such as lack of diversity within the court and what is it doing to change this?

“It’s something definitely that we’re working on,” Sayburn confirmed. “If you want to become a Master Sommelier, you’ve probably got to be working for at least 10 years in a restaurant, if not longer.

“When you get a family and your life circumstances change, you don’t want to be working every weekend and every night until one o’clock in the morning. It does tend to be slightly male orientated because of that.  I think it’s a natural process that a lot of us that end up passing the Master Sommelier exam are middle-aged white guys, which is not something we are particularly proud of, but it’s something that we are trying to diversify.”

Sayburn confirmed that the court runs a BAME scholarship and gives away 12 scholarships globally every year, as it tries to encourage as many people as possible from both ethnic minorities and underprivileged backgrounds to enter the world of wine and become sommeliers.

It’s apparent that the Court of Master Sommeliers is acutely aware of the challenge it must take on in terms of diversifying the industry. Sayburn is correct in that it is one that lends itself to certain backgrounds, but this does not mean that the trade cannot now be opened to as many people as possible – even if some support is required to achieve this.

Without this diversification, the sommelier will continue to be seen, as Sayburn puts it, as that black-caped magician who, whilst still impressive, can only be inhabited by those from a certain demographic and social strata.