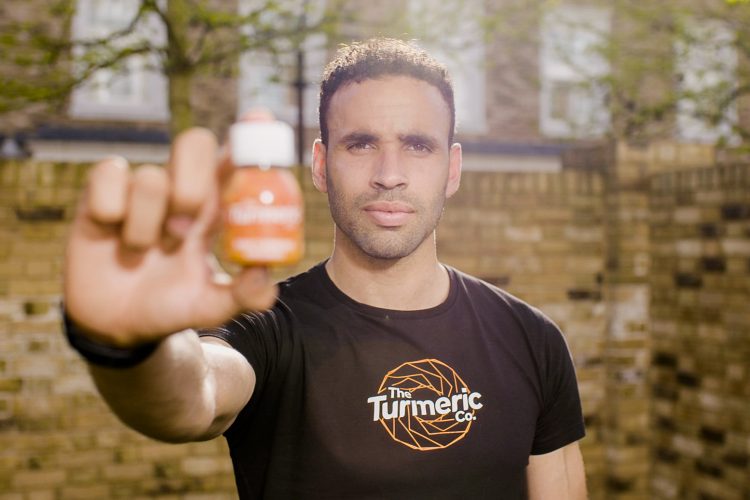 Everybody has a theory when it comes to sports nutrition, from marathon runners consuming vats of pasta before a race to aspiring boxers knocking back raw eggs in a bid to build muscle. While the science behind most of these practices is perhaps dubious, there is one ingredient that more and more of the elite sporting world is turning to: turmeric.

Indeed, that vibrant spice that many keep at the back of their cupboard does, in fact, have a range of benefits for athletes and mere mortals alike.

As a result, numerous brands have recently started providing turmeric supplements; particularly in the form of a juice shot. None, however, have the benefit of being founded and led by a former Premier League and international footballer, who knows all too well the positive effects turmeric can have on the body.

It all started with a serious injury. Before Thomas ‘Hal’ Robson-Kanu became a household name for his exploits at various UK football teams, including Reading, West Bromwich Albion and Wales, he had struggled with a severe injury that happened as a teenager, which threatened to cut short his career before it had even begun.

“The Turmeric Co. was ultimately born out of necessity. I was using our range of shots over a decade ago to support my health and wellbeing as well as my recovery from pain and they offered me a natural solution to do so,” he told New Food. “I suffered two cruciate knee ligament injuries, which I needed surgery for as a teenager. I was injured for over two and a half years. After the second surgery, the surgeon said that I would never play without pain or restriction again.

“Being determined to become an athlete, I came back and did all the rehabilitation, but when I began playing again, I was crippled with chronic pain and inflammation. I began taking anti-inflammatories and painkillers to try and offset that pain, but my body had adverse effects to them. I got to a point where I was passing blood in my urine and experiencing severe nausea, so I had to stop taking these drugs, despite still having the pain and restriction.

“Subsequently, I began moving to natural functional ingredients, including the blend that we [The Turmeric Co.] developed because of that, which allowed me to have the career that I have had.” Robson-Kanu claims that it helped reduce the pain and inflammation and eventually “eradicated it after a few months of using it as a teenager”.

The blend he describes, and which is used in The Turmeric Co.’s shots, was originally developed by Roboon-Kanu and his father in their kitchen. “We went on a research binge after my injury and we began looking at natural ways to support recovery, pain relief and reduce inflammation – and a number of ingredients kept coming up. Things like pineapple, pomegranate, watermelon, ginger, then subsequently, turmeric,” he explained.

“What’s reported as the main active compound in turmeric is curcumin, but there actually are over 100 additional compounds which are unresearched within the actual raw root itself.” 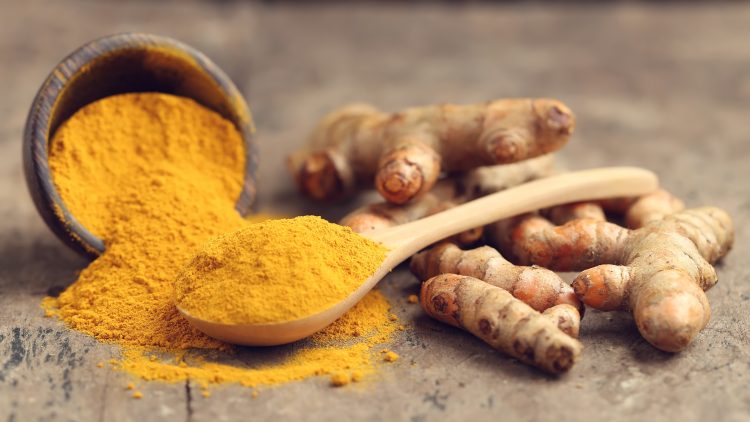 The benefits of Curcumin have been of interest to researchers of late, with studies conducted suggesting it has a positive impact on human health . For example, t’s thought the compound can increase the body’s anti-oxidation properties and even help reverse some of the causes of heart disease.

“We very quickly developed a unique extraction process because raw turmeric is a fibrous root and it’s particularly difficult to extract juice from and get into a consumable format. It took about two weeks and after that, we had the first golden liquor which I was able to consume.”

“I stuck with it, and within six weeks, the majority of my symptoms had subsided and I was back to playing and performing at the top level,” he said.

Robson-Kanu revealed that he has used turmeric throughout his career, with the superfood helping him to reach the Euro 2016 semi-final with his country Wales. “As I progressed throughout my career, I’d have a shot every single day and it ultimately began allowing me to recover faster and improve my performance levels as a result. After a period of time, my teammates began asking what it was I was having with breakfast – I’d give it to them and they began experiencing the same benefits.”

The diets of elite athletes are clearly very closely monitored, but as Robson-Kanu revealed, nutritionists at some of the world’s premier sporting institutions don’t seem to mind their stars using turmeric due to it being a natural product.

“We’re working with a number of top nutritionists and doctors who support what we’re doing. We supply the majority of the premier league clubs directly, including the likes of Liverpool FC, Everton and Crystal Palace. They all buy the product in bulk from us to supply to their playing squad and ultimately support their nutrition. That decision obviously comes through their performance and nutritional and clinical teams.”

If turmeric is that good for you, then why don’t top athletes eat bowls of turmeric roots for breakfast, lunch and dinner? It all has to do with bioavailability – ie, how well your body can absorb certain nutrients.

“Bioavailability just means the ability to absorb the active compounds,” explained Robson-Kanu. “For example, if you consumed an ingredient and your body can’t absorb its active compounds, then it’ll just pass through your body and you won’t get any benefit from it. The absorption levels of nutritional compounds are extremely important. What black pepper and flax oil (both of which go into our shots) do is act as carriers for the active compounds within the fresh ingredient, allowing it to be absorbed effectively within the body as it passes through your digestive system.

“You could, for example, go out now and chew – if you could get through it – a kilogram of turmeric roots, but your body actually wouldn’t be absorbing its active compounds and therefore you would not be experiencing the nutritional health benefits. By consuming it in a bioavailable format, it means that your body is able to absorb it as effectively as possible.” 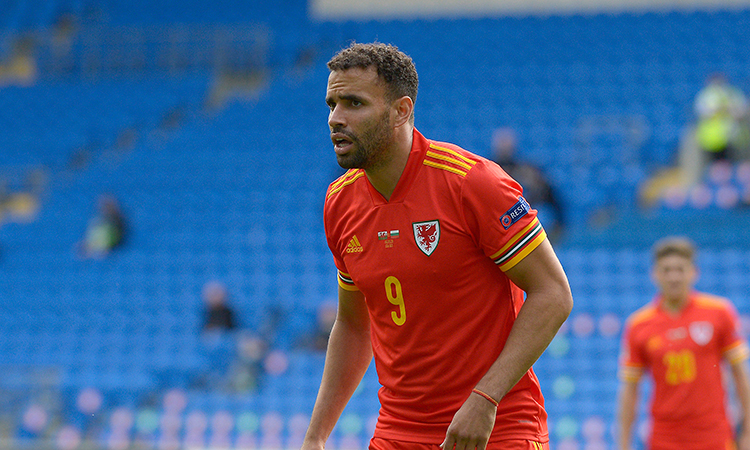 Internalising the cost of sustainability

We’ve heard from plenty of new, small companies who put sustainability at the core of everything that they do; a common message from this corner of the industry is that it’s just not easy being green. Making sustainable choices is unfortunately often expensive, which can create dilemmas between doing the right thing and staying competitive.

It’s a problem Robson-Kanu’s The Turmeric Co. has faced too. The company says it has to use plastic bottles, as it uses high-pressure processing rather than pasteurisation in the production of its shots. This process involves the liquid being exposed to very high pressure, it’s also cold process as opposed to pasteurisation which uses extremely hot temperatures to make food safe. Consequently, plastic is the only packaging option that can withstand these high pressures.

In order to counter this, The Turmeric Co. uses what it calls “entirely eco-friendly bottles”, which contain 75 percent recycled plastic (rPET) and 25 percent biodegradable plastic, which is made from sugar cane. This sustainable choice comes with an increased cost however. “The cost of these sustainable bottles is significant, but we’ve internalised that cost and have not passed it on to our customers. They can now rest assured that their product is coming from a sustainable place and isn’t harming the environment.”

The decision to prioritise the environment over profit should not be one only taken by smaller companies stated Robson-Kanu, who believes larger manufacturers should be doing more to ensure consumers can make sustainable choices. “I think if the larger companies took the initiatives of what we’re doing as a smaller company, the world would be in a lot better place from an environmental impact perspective. It is, without a doubt, the company’s responsibility – but, unfortunately, the focus of larger companies is usually on profit margin for their shareholders.

“Therefore, the functional benefit of their product to their customers’ health and their businesses’ impact on the environment should also be priorities for conglomerates. This element should certainly change,” he added.

Thomas ‘Hal’ Robson-Kanu is a professional footballer who has played 46 times for Wales and more than 400 times in the top three divisions of English football for the likes of Reading and West Bromwich Albion.

In 2018, he founded The Turmeric Co. after he used the supplement as a teenager to recover from potentially career-threatening injuries.