In a new series, New Food takes a look at some of the more well-known myths around food and subject them to scientific rigour. In this instalment, Lindell Bromham examines the link between spicy food and foodborne illnesses. 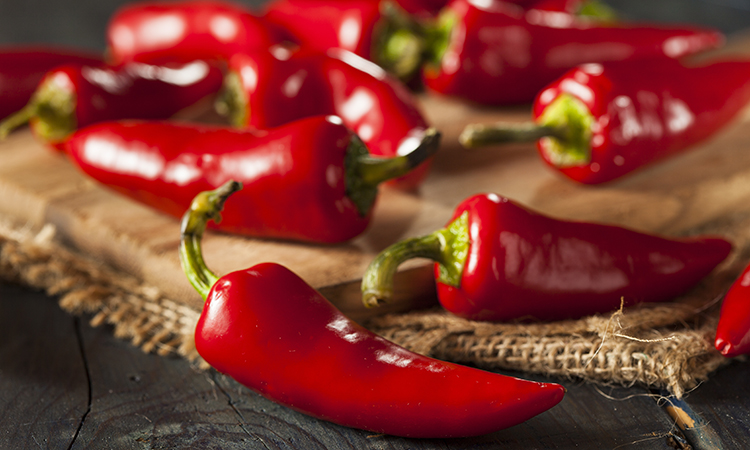 It's long been suggested that certain cuisines use spice more often to guard against foodborne illnesses - is this true?

Ever wondered why spicy food is associated with hot countries like Thailand and India, whereas cold countries tend to have rather milder menus? There are plenty of theories on why people in hot places might prefer spicy food, from making you sweat to cool you down, to covering the taste of meat that is past its best.

One particular theory that has become widely accepted is that spicy food has been traditionally favoured in hot countries because it plays an important role in keeping people healthy. Many spices have been shown to have some degree of antimicrobial activity, so they might reduce the risk of food poisoning.

Foodborne illness causes hundreds of thousands of deaths each year, and the World Health Organization (WHO) estimates that as many as one in every ten people worldwide have suffered from a foodborne infection. Could people in areas with the greatest risks of infection from food be favouring spice to help reduce the risk?

This hypothesis, sometimes referred to as ‘Darwinian gastronomy’, has been considered a convincing example of cultural evolution: that is, cultural practices that aid survival in a particular environment may be preferentially passed on over many generations, whether consciously or unconsciously, if they give people a greater chance of surviving and thriving.

We set out to test this hypothesis using a global database of more than 33,000 recipes from 70 different cuisines around the world. Between them, these recipes contained over 90 different spices, from ajwain seeds and allspice, to vetiver and wild turmeric. We found that hotter countries do use more spices per recipe, but this is largely due to patterns of similarity between related and neighbouring cultures. 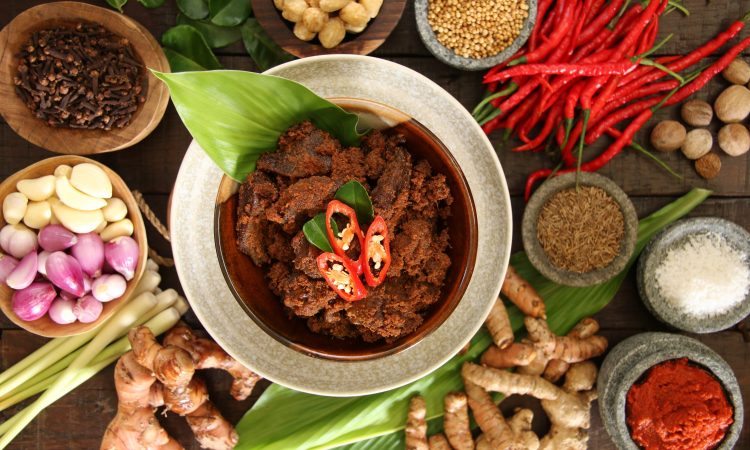 It’s long been suggested that spicy dishes, such as Rendang Padang, can protect against foodborne illnesses

Is this theory true?

Nearby cultures (for example, two cuisines from South East Asia) will tend to be more similar to each other than they are to more distant cuisines (eg, to a Scandinavian cuisine), and they will also tend to have more similar environments (like average temperature). Finding that there are more spices used in hotter countries doesn’t tell you that it’s hot weather that’s driving the use of spices, because it could just be that a lot of related cuisines that have spicy food (like South East Asian cuisines) all happen to occur near each other in a hotter region. So, we used analytical techniques developed in evolutionary biology that adjust for both location and relationships between cultures.

We showed that spicier food is found in areas with higher risk of foodborne illness. At first glance, this may seem like good evidence that spice is an adaptation to reducing foodborne infection. But it is more likely to be a reflection of the fact that spicy cuisines occur in regions that have poor outcomes for a range of different reasons. For example, spice use is also related to risk of infection from diseases that have nothing to do with food (like malaria) and poor health outcomes that are not related to infection at all (like fatal road accidents). Because of this, spicy food is associated with lower life expectancy, not because it shortens your life (or makes you crash your car), but because spicy food tends to be found in regions with lower socioeconomic status. In fact, the best predictor of number of spices per recipe for our global dataset is gross domestic product (GDP) per capita.

So why is spicy food found in certain places?

The interrelationships between all these different aspects of culture, society and the environment make it difficult to identify meaningful, causal relationships for cultural traits like cuisine. However, we can rule out some hypotheses as having little support from this global dataset of recipes. Spicier foods are not explained by variation in climate, human population density or cultural diversity.

Patterns of spice use don’t seem to be driven by biodiversity, nor by the number of different crops grown or the number of spices growing naturally in the area. The relationship between spice, socioeconomic status and health outcomes doesn’t seem to be driven by colonial history or by the winners and losers in the global spice trade. There is also no relationship between other antimicrobial ingredients in recipes – specifically vinegar and alcohol – and risk of infection. So, while we can’t explain the patterns of spice use in global cuisines, it doesn’t look like they are primarily driven by cultural adaptation to higher risk of foodborne infection.

Lindell Bromham is a Professor of Evolutionary Biology at the Australian National University, whose research focuses on evolutionary processes linking changes in the genome to the generation of biodiversity, and in developing new ways of asking long-standing questions in cultural and linguistic evolution.