CBD with your G&T

New Food’s Editor interviewed the masterminds behind Silent Pool’s latest gin to learn more about the distilling process, why gin and CBD complement each other, and what makes this beverage unique. 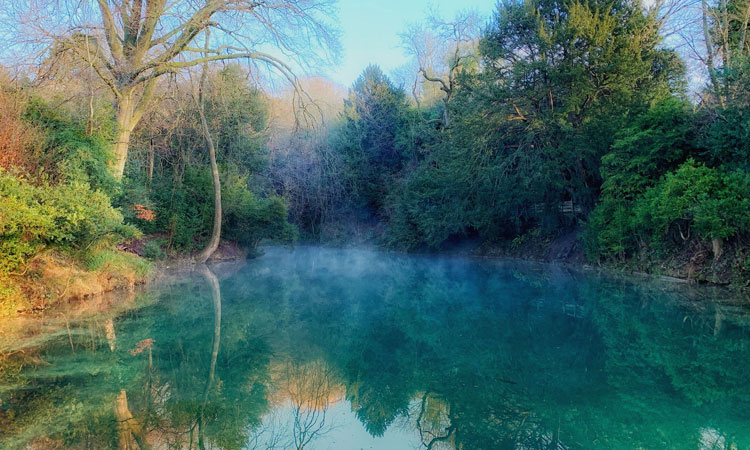 It’s no secret that Brits love gin. In 2018 the UK consumed more than six million nine‐litre cases – a figure which is expected to rise to over 10 million by 2023. The UK is also the world’s largest exporter of gin; last year there were 315 distilleries in Britain, more than double the number five years ago. Meanwhile, the UK has also seen another rising trend, with its CBD market estimated to be worth almost £1 billion per annum by 2025. It therefore comes as no surprise that these two popular worlds have collided.

In partnership with Green Stem, the distinguished Surrey‐based distillery, Silent Pool, has launched what it claims to be the “highest quality CBD gin on the market”.

It’s no secret that Brits love gin. In 2018 the UK consumed more than six million nine‐litre cases – a figure which is expected to rise to over 10 million by 2023. The UK is also the world’s largest exporter of gin; last year there were 315 distilleries in Britain, more than double the number five years ago. Meanwhile, the UK has also seen another rising trend, with its CBD market estimated to be worth almost £1 billion per annum by 2025. It therefore comes as no surprise that these two popular worlds have collided.

In partnership with Green Stem, the distinguished Surrey‐based distillery, Silent Pool, has launched what it claims to be the “highest quality CBD gin on the market”.

Silent Pool’s distillery was built with sustainability and honesty in mind, with everything produced on site, chiming with the ubiquitous demand for product transparency. In keeping with this and inspired by the natural beauty of the Surrey Hills, the beverage company repurposed a traditional steam boiler to heat its hand‐built copper still and looked to local botanicals to infuse its gin.

Step one involves a portion of its botanicals, which include Bosnian juniper berries, liquorice root, cassia bark, orris and bergamot, to be bruised and macerated in base spirit. These are then transferred to the still to offer rich, heavy flavours, with a unique depth and mouthfeel.

The second step comprises its gin basket infusion, which includes flavours such as orange, lime and dried pears, to lift the flavour. This hangs in the neck of its Holstein still.

Thirdly, the more delicate ingredients such as rose petals and elderflower are separately macerated in a process Silent Pool describes as ‘gin tea infusion’ which strips the oils and aromatic compounds from the vegetal matter, before being added to the mixture.

The fourth stage involves using a multi‐chambered fractioning column; with precise control over a series of plates and cooling pipes, the ingredients are balanced.

Silent Pool’s drinks are influenced by contemporary Britain, according to McCulloch. He explained that the brand ethos was to break gin free from its traditional shackles – the image of a 50‐something, middle‐class male, drunk in a gentleman’s club. “Silent Pool is a modern drink,” he noted, geared towards the sophisticated, 21st Century woman.

Naturally, the distillery will often consider new UK trends. “If raspberries are big, we’ll create a limited‐edition gin for that market…but we’ll do it with a twist.” Speaking about the company’s sloe gin, he said: “We added ginger to ours, not for the flavour but rather the heat. It was a unique take on a classic and a perfect winter drink.”

Maintaining its trendy, modern ethos, the omniscient brand has released a CBD offering, with a single 50cl bottle of gin infused with 200mg of the cannabinoid.

Silent Pool first came across CBD when it rolled out its drinks in California, US.

“The CBD scene was massive,” said McCulloch. “Cannabis had suddenly shifted its ‘druggie’ status to something with connotations of wellness and zen. It was a natural fit for us and our audience.

“The consumer is also becoming more adventurous; they’re looking to try new things and CBD gin is among these novelties.” McCulloch said they were cautious initially and spent their time researching to decide how best to merge with this market. “We are a reputable brand – our customers trust us because we believe in delivering high quality, safe products.”

There was – and still is – a lot of unexperienced and ‘grey’ market players in this arena, so Silent Pool naturally sought reassurance from its CBD partner. “Of course, we needed someone qualified, but also a company that reflected the same values as us.”

Green Stem is fairly new to the CBD sector, having only launched last March at the first ever UK CBD and Hemp Expo in Birmingham, but was immediately greeted with success. “We won five awards out of the 180 international exhibitions, completely unexpectedly,” said Green Stem Co‐Founder and Director, Simon Horth. This included first place for ‘Best CBD Oil’.

Green Stem purchases all its CBD from Colorado in the states. “That’s one thing we’ll never change,” he continued. “Firstly, because I have visited, met the farmers and seen the process; and secondly, because it is simply the best place to get CBD.

“You can buy CBD from pretty much anywhere in the world now. In places like Europe, Turkey and China it’s much cheaper, but the quality isn’t as good. Colorado is renowned for its high‐quality CBD due to its altitude and sunny climate.”

All of Green Stem’s products are continually tested: in Colorado, in its UK lab and by a third party. “It’s testing, testing, testing from start to finish,” said Horth. “There are loads of products that claim to contain CBD, but if you look at the label, the levels are ridiculously low – and some don’t even contain CBD at all,” said McCulloch.

“We work with Green Stem because it’s high‐quality and high dosage. We can unashamedly make it expensive because it’s got expensive stuff in it.” He continued: “The backbone of our business is making booze for alcohol‐lovers – which is why we’ll probably never make alcohol‐free drinks. If you’re going to make gin, then make the best gin you can. If you’re going to make a CBD gin, don’t make a token one, absolutely go for it!”

Living by these words, the Silent Pool/Green Stem efforts have led to what the duo say is a “much higher CBD gin” (200mg per bottle), with typical offerings only containing around 10mg in comparison. Alcohol is a great carrier for CBD, according to McCulloch. “Gin, in particular, has a flavour profile that sits quite well alongside CBD. The oil has a subtle bitterness that is not dissimilar to grapefruit and complements the citrus botanicals we use. It gives the finished drink a little extra punch.”

The CBD is added to the gin during stage four of the aforementioned production process. The product is dissolved in water and then added and mixed continuously to the drink. It gradually dissolves and creates a cloudy‐looking beverage, which is then bottled. “As the bottle sits, some of the CBD will start to collect at the bottom – this is because it is so packed full. If you shake it, it will disperse back into the liquid,” McCulloch explained.

“The cloudiness of any CBD product is the best way to recognise the potency of the dosage,” added Horth. “Consumers should always check the dosage on the bottle and the cloudiness of the liquid to know they are getting a high‐quality product.”

Simon is the Director at Green Stem, which he launched in March 2019 along with his brother. Simon found a passion for CBD after it helped his mother with various ailments. The company has gone on to become the UK’s “most awarded and trusted CBD brand”.

Ian is the Co-Founder and Managing Director of Silent Pool Gin. Ian set up Silent Pool Distillers in 2014 in the heart of the Surrey Hills.