Time is running out for Britian’s meat sector, warns BMPA

In 2021, the way in which the UK trades with the EU is going to change significantly, but Government is yet to secure a plan. Here, the BMPA outlines its concerns and what is needed. 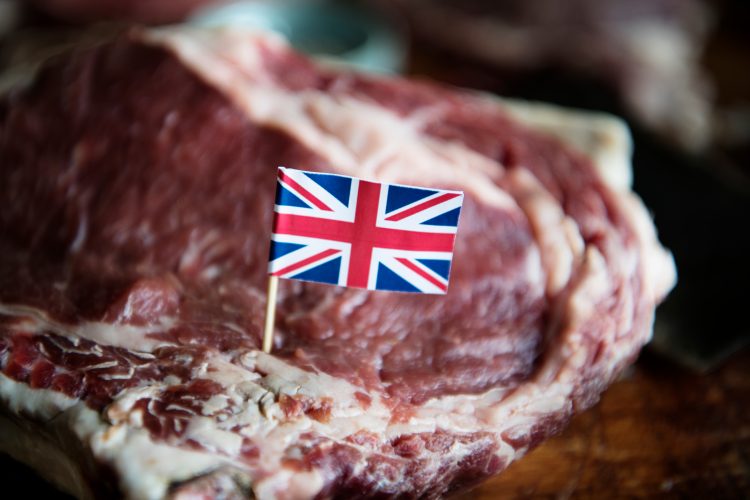 A significant of number of people believe the UK currently ‘exports’ goods to Europe, but this is not actually correct.

In 2020 and for the previous 46 years, delivering a lorry load of product to Berlin has been exactly the same as delivering it to Birmingham. No special export certificates, customs declarations or border inspections are required, and no duties are paid. Goods travel anywhere in the EU with a simple invoice. They are ‘delivered’ rather than ‘exported’.

“Regardless of whether the Government secures a trade deal or not, British companies are going to be hit with a tsunami of red tape and extra costs,” said Nick Allen, CEO of the BMPA. “It really doesn’t matter what agreement is reached on tariffs or quotas or standards; once we’re out, the UK becomes a ‘Third Country’ at which point we have no choice but to introduce border checks and additional customs declarations.

“The alarming fact is that, despite having known this for some time, the Government still has no plan for exactly how this will be implemented. Even preparations for ‘no deal’ vastly underestimate the additional ‘boots on the ground’ this will require and the sheer scale of delays, disruption and extra cost that will hit our supply chains.”

How will this affect British meat trade?

Using the meat industry as an example: British companies currently send between 15 percent and 40 percent of the products they produce abroad (depending on the type of meat*). Of that, 90 percent of beef, 97 percent of sheep meat and 50 percent of pork is sold to the EU.

For true exports to ‘third countries’ companies need to get an Official Veterinarian (OV) to inspect every consignment. It is also needed so an Export Health Certificate can be issued; this verifies its origin and content. That workload is currently being managed by the available number of OVs in the UK, but it only covers 10 percent of the beef trade, three percent of the sheep meat trade and 50 percent of the trade in pork.

After 31 December 2020, the same OVs will have to cover 100 percent of that trade and Government cannot tell us how they are going to make this happen.

The National Audit Office “UK border: Preparedness for EU Exit” report published in October 2019, stated that Defra estimated the number of Export Health Certificates might increase by 500 percent. This most likely a conservative estimate, considering they are needed for all products of animal origin, not just meat.

Even if a new army of vets are found, it will still add cost, time and expense to trade with our biggest (and nearest) trading partner.

While some bigger companies may be able to better absorb that extra expense, the smaller businesses, for whom – up until now at least – the single market has opened-up a world of opportunity, will be hit disproportionately hard.

For small businesses, the cost of an Export Health Certificate or a Customs Declaration is the same for a pallet load of their product as it is for a lorry load of product from a bigger company. An additional barrier will be that these businesses will also need to get third country approval and listing of their factories before they are approved to export to the EU.

The way the supply chain works currently makes use of the fact that small, regular consignments can be grouped together into big ones and sent off, on a daily basis, to customers all over the EU. Inventories and waste are kept low but, more importantly, British businesses (big and small) can offer a service to our EU customers that competitors halfway around the world cannot.

After 31 December 2020, deal or no deal, our competitive advantage is reduced. The simple fact is that no trade deal we have or will ever have outside the EU Single Market will replace it.

The Official Veterinarian and certification issues along with several others are going to be a problem whether or not we get a ‘deal’. This means that Government should not be waiting to find out the result of trade talks before it sets about solving those issues.

BMPA is offering to work with Defra, the Department for International Trade, and the Food Standards Agency to help formulate and implement a plan to address these issues now, so we have a chance of being prepared by the time the transition period ends on 31 December 2020 and the way we currently trade with the EU ceases.