Researchers from the University of Nottingham have suggested that, instead of cutting it completely, eating less red meat can lead to positive health impacts. 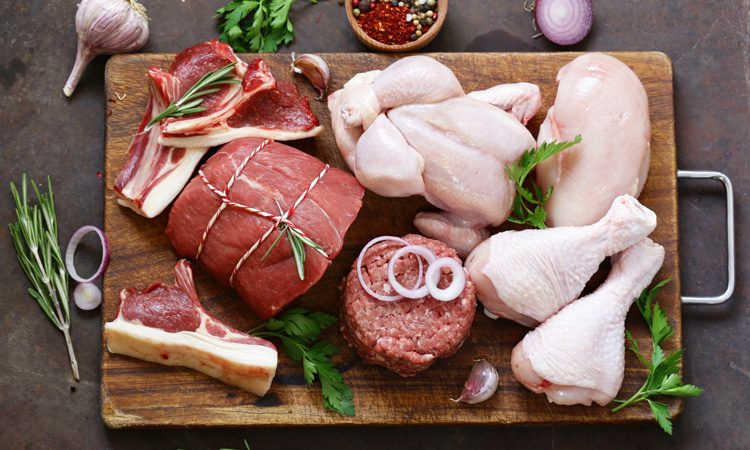 A study from the University of Nottingham has found that halving the amount red and processed (RPM) meat in the diet can have a significant impact on health, reducing the amount of LDL ‘bad’ cholesterol in the blood, which cuts the risk of developing heart disease.

Red and processed meat (RPM) includes fresh pork, beef, lamb and veal, and meats that have been smoked, cured or preserved (other than freezing) in some way. These meats are typically high in saturated fatty acids which cause an increase in LDL cholesterol. This is the “bad” cholesterol that collects in the walls of blood vessels, where it can cause blockages and raise the chance of a heart attack.

Increasing awareness of the risks associated with eating red and processed meat has led to a growing number of people adopting vegetarian and vegan diets, which cut out meat completely. Researchers at the University of Nottingham wanted to find out if reducing the amount of red meat eaten, rather than cutting it out completely, would have a positive effect on the health of the subjects taking part.

For this intervention trial, 46 people agreed to reduce their red meat intake over a period of 12 weeks by substituting it for white meat, fish or a meat substitutes, or by reducing the portion size of their red meat. They kept a food diary during the study and were given blood tests at the beginning and intervals throughout.

The results showed that the most significant change was a drop in the amount of LDL cholesterol in the blood, and those with the highest original levels experienced the biggest drops. Overall, there was an average drop in LDL cholesterol of approximately 10 percent with men (who tended to have the highest starting values) seeing the biggest change.

As well as reducing levels of LDL cholesterol, researchers were surprised to also see a drop in white and red cells in the blood.

With a high saturated fatty acid content, red and processed meat has been linked to heart disease, and other chronic diseases, particularly colon cancer. Studies have shown that in people who eat the most meat, there is a 40 percent increased risk of them dying due to heart disease.

“The results of the study showed that, even in relatively young and healthy individuals, making small changes to RPM intake induced significant changes in LDL cholesterol which, if maintained over a period of time, could potentially reduce the risk of developing heart disease,” said Professor Andrew Salter, from the University of Nottingham’s School of Biosciences, who led the study.

Dr Liz Simpson from the University of Nottingham’s School of Life Sciences and co-author of the study, explained: “Meat is a rich source of the micronutrients (vitamins and minerals) required for the manufacture of blood cells, and although it is possible to obtain these nutrients in plant-based diets, our results suggest that those reducing their meat intake need to ensure that their new diet contains a wide variety of fruit, vegetables, pulses and whole grains to provide these nutrients.”

Prof Salter, added: “As well as improving people’s health, reducing the amount of red meat we eat is also important from a food security and sustainability perspective, as livestock production utilises a large proportion of our natural resources and is a major contributor to greenhouse gas production. Part of our research is centred on finding more sustainable, alternative sources of food that provide us with the protein and other nutrients supplied by meat, but without the negative health and environmental effects.”

The University of Nottingham

The University of Nottingham