Following the 2018 E. coli outbreak, the multi-year FDA initiative will study how pathogens survive, mobilise and possibly contaminate produce prior to harvest. 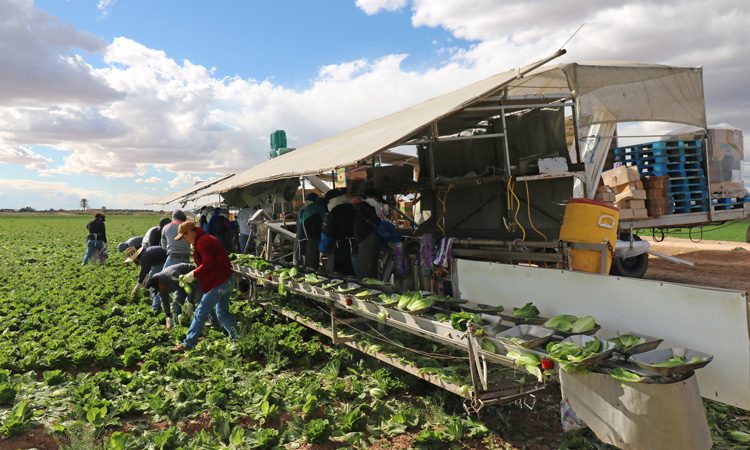 An initiative from the US Food and Drug Administration (FDA) has been launched with an aim to better understand the ecology of human pathogens in the environment of the Yuma agricultural region.

The launch follows the largest E.coli O157:H7 outbreak in the United States since 2006. The 2018 outbreak in the Yuma region, resulted in 210 reported illnesses from 36 states, 96 hospitalisations, 27 cases of hemolytic uremic syndrome (HUS) and five deaths.

Shiga Toxin-Producing E.coli (STEC), of which E.coli O157:H7 is a strain, causes roughly 170,000 people to become ill every year. This generally happens through the consumption of contaminated food or water, or close contact with STEC-infected animals. Between 2009 and 2017, FDA and its partners at Centers for Disease Control and Prevention (CDC) identified 28 foodborne STEC outbreaks with known or suspected links to leafy greens. Like a lot of fresh produce, leafy greens are often eaten raw without a kill-step, such as cooking, that could eliminate pathogens.

The Yuma agricultural region, which encompasses Yuma County in Arizona and the Imperial Valley in California, is a leader in the production of leafy greens in the United States. The findings from the initiative will contribute new knowledge on how various environmental factors may influence bacterial persistence and distribution in this region, and how those factors may impact the risk of this commodity becoming contaminated.

In response to the 2018 outbreak, the FDA led an Environmental Assessment (EA) of the Yuma produce growing region in collaboration with CDC, the Arizona Department of Agriculture (AZDA), WMIDD, and state partners.

While the EA narrowed the scope of the outbreak, many questions were left unanswered regarding the specific origin of the pathogen, the environmental distribution, and potential reservoirs for the outbreak strain.

The findings suggested that further collaboration among leafy greens stakeholders and the FDA is needed to better understand potential sources of microbial contamination, the prevalence and persistence of human pathogens in the ecosystem near growing areas, and the best management practices to prevent future outbreaks.

Throughout the initiative, research teams will be collecting and examining samples from the environment such as surface waters, canal sediment and dust. The team will also be collecting scat samples to assess the impact that animal intrusion and native wildlife may have on the growing environment.

Centers for Disease Control and Prevention (CDC), US Food and Drug Administration (FDA)

Centers for Disease Control and Prevention (CDC), US Food and Drug Administration (FDA)