Tonnes of pork to be auctioned from China’s reserves

China is set is auction off some of its pork reserves as swine fever continues to have a damaging impact on the country’s pork industry. 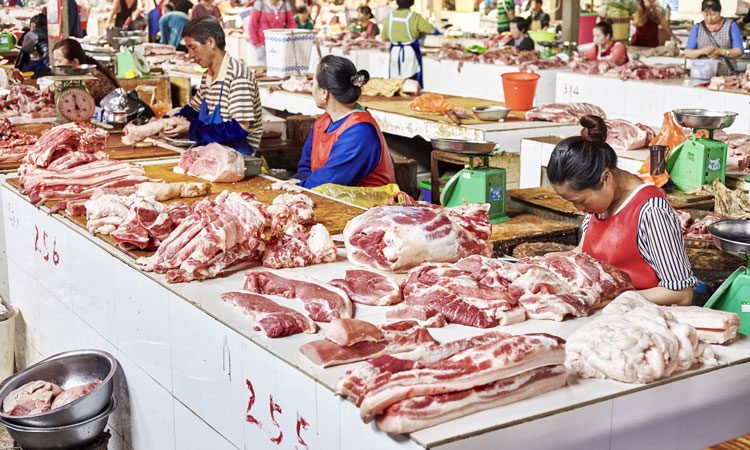 It has been reported that China is due to auction 10,000 tonnes of pork from its state reserves due to the huge shortage of supplies driving up prices following a severe outbreak of swine fever.

Though the contagious disease is not dangerous to humans, it has severely hit China’s pig-farming industry, with Beijing having to slaughter over 1 million pigs to contain the incurable pig virus. This has driven up costs for consumers with official figures showing that pork prices jumped 46.7 percent in August compared to a year earlier.

So, to stabilise prices, the country will auction imported frozen pork from countries including Denmark, France, the US, and the UK. according to the BBC. Only 300 tonnes will be sold to each bidder at the auction.

Back in June, Beijing announced that it will allow more imported meat into the country due to pork shortages. “Though China is boosting its own production, more countries will also be allowed to export to the country after the outbreak of African swine fever,” Gao Guan, the vice president of the China Meat Association said at the time.

African swine fever may result in a decline of China’s pork production by 30 percent in 2019, Rabobank predicted in April; a drop of which would be roughly the same as Europe’s entire annual pork supply, the bank said. 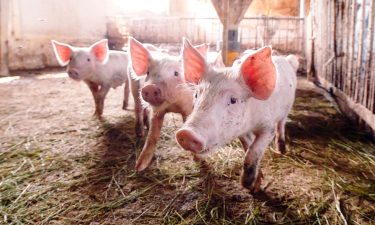 China accounts for approximately half the global population of swine, estimated at 500 million.

There is no effective vaccine to protect swine from the disease and outbreaks can be devastating, with the most virulent forms lethal in 100 percent of infected animals.

China is a major pig producing country and accounts for approximately half the global population of swine, estimated at 500 million. Its value chain involves a very large and wide range of producers, from small family holdings to large-scale commercial operators.