A pilot study has evaluated the potential impact on air quality from cannabis growing facilities. 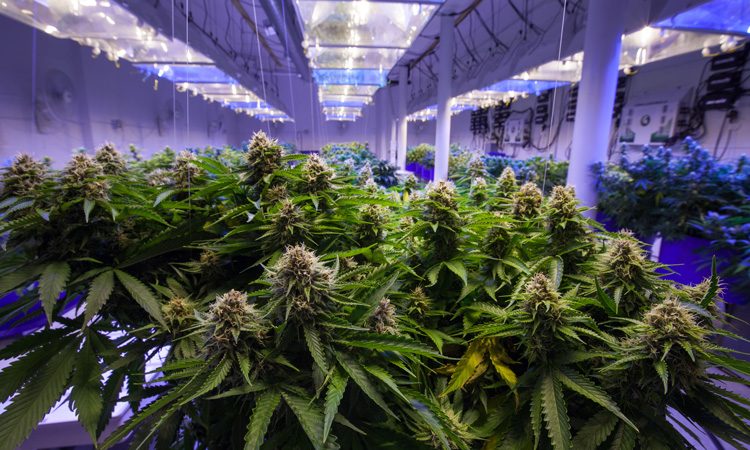 The same chemicals responsible for the smell of a cannabis plant may also contribute to air pollution on a large scale, according to new research from the Desert Research Institute (DRI) and the Washoe County Health District (WCHD) in Reno, Nevada.

The use of CBD, a non-psychoactive cannabinoid identified in cannabis plants, has become increasingly popular in the food and beverage industry because of its potential role in easing symptoms of common health issues including anxiety, depression, acne and heart disease.

In a new pilot study, DRI scientists visited four cannabis growing facilities in Nevada and California to carry out research about the chemicals that are emitted during the cultivation and processing of cannabis plants, and to evaluate the potential for larger-scale impacts to urban air quality.

“The concentrations of BVOCs and butane that we measured inside of these facilities were high enough to be concerning,” explained lead author of the study, Vera Samburova, PhD, Associate Research Professor of atmospheric science at DRI. “In addition to being potentially hazardous to the workers inside the cannabis growing and processing facilities, these chemicals can contribute to the formation of ground-level ozone if they are released into the outside air.”

Ozone at ground-level is a toxic substance that is harmful for humans to breathe. Ozone can be formed when VOCs combine with nitrogen oxide emissions (often from vehicles or fuel combustion) in the presence of sunlight.

“Here in our region, unfortunately, we already exceed the national air quality standard for ground-level ozone quite a few times per year,” Samburova said. “That’s why it is so important to answer the question of whether emissions from cannabis facilities are having an added impact.”

Results from the study showed that the BVOCs emitted by each cannabis plant could trigger the formation of ground-level ozone at a rate of approximately 2.6g per plant per day. The significance of this number is yet to be determined, says Samurova, but she and her team feel strongly that their findings have raised questions that warrant further study.

“This really hasn’t been studied before,” Samburova said. “We would like to collect more data on emissions rates of plants at additional facilities. We would like to take more detailed measurements of air quality emissions outside of the facilities, and be able to calculate the actual rate of ozone formation.”