A new report predicts an 18 percent decline in profitability should there be a no-deal Brexit scenario. 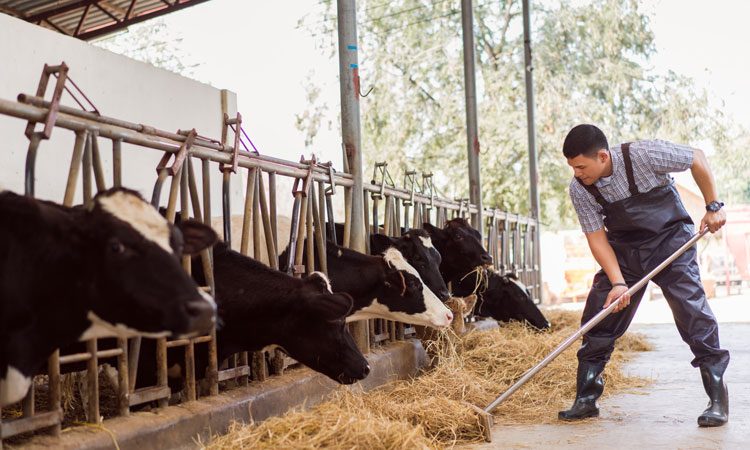 New research from The Andersons Centre on behalf of the BBC has suggested that a no-deal Brexit could cost the farming industry £850 million a year in lost profits. 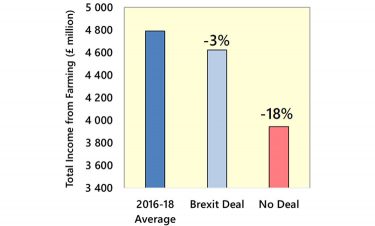 Impact of Brexit on UK farm profitability under a deal and no-deal scenario (source: The Andersons Centre).

The research looked into the impact of both a Brexit deal and no-deal on the output of each farming sector as well as an estimation of the effects of both Brexit scenarios on key costs incurred by UK farming. It also took into account the potential impact of tariffs, non-tariff barriers and tariff rate quotas. For the analysis, it was assumed that support levels to UK farming were kept constant as the UK Government has committed to farming receiving current levels of support until the end of this parliament (scheduled to be 2022).

To allow for yearly variations a three-year average (2016 to 2018) was used as the basis for comparison in the analysis.

The results showed that under a Brexit deal scenario, a small decline in profitability (3 percent) is projected; however, under a no-deal, an 18 percent decline is forecast.

An 18 percent decline in profitability would equate to a hit to UK farming generally of almost £850 million.

“At the moment a number of farms across numerous sectors are heavily reliant on support,” said Michael Haverty, who compiled Andersons’ research to the BBC. “Many farms are struggling to break even. If they get a hit in terms of profitability of 18 percent, and for some sectors significantly more, then that has huge implications for the viability of those farms.”

As stated by the BBC, under a no-deal Brexit, farms could have to pay a tariff on goods exported to the EU for the first time. Lamb and live sheep exports could face tariffs of 45-50 percent, while trade and farming groups say some cuts of beef could see tariffs of more than 90 percent.

If European firms suddenly start having to pay more for UK meat, the fear is they could quickly switch to suppliers in other countries.

The report shows that there is significant variation within the overall estimate. For instance, substantial declines are forecast for sheepmeat (-31 percent), whilst output for cereals, milk and beef production are also down.

Some increases are projected for horticulture and intensive livestock (pigs and poultry) provided there is sufficient labour available for undertaking operations.