A new report has highlighted the current scenario of the banana powder market and its demand and consumption in various applications, concluding that the market is expected to reach a market value of US$ 730 million by the end of 2027. 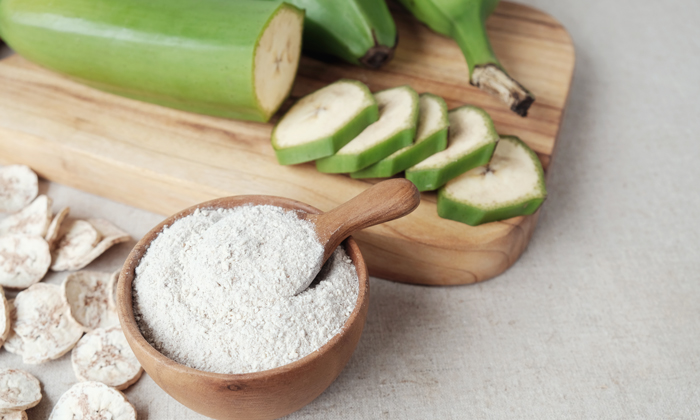 Banana flour is a powdered ingredient generally made from green banana or plantains and it is often used as a gluten-free ingredient and added in various baked goods. Predominantly driven by the gluten-free wave trending in the food and beverages industry, alternative flours such as banana flour are slated to witness steadily growing popularity over the next few years. In fact, according to the new report (Banana Flour Market by Future Market Insights) the global banana flour market is anticipated to witness growth at a CAGR of around 3.8% during the forecast period.

The global banana flour market’s growth is helped by the increase in production of green (cooking) bananas. Banana production has grown rapidly and has been up by +15% since 2008. Though dessert bananas account for 60% of the total production, the cooking banana sector has witnessed a steady production growth, indicating a rise in the demand for green bananas. 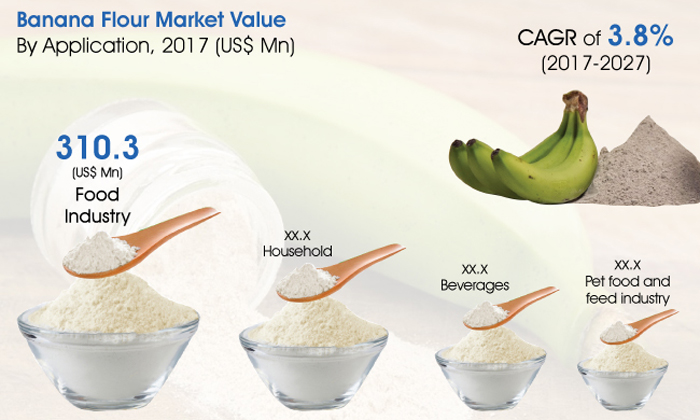 The report broke down the banana powder market further to conclude that:

Furthermore, with increasing consumer awareness on the functional superiority of banana flour for resistant starch (which offers a wide range of benefits to gut health) over other sources of RS, green banana flour will continue to have a distinct edge over counterparts – boosting the demand for banana flour in the near future.