Hazelnuts from different regions shown to have different metabolites

Researchers have suggested methods to analyse hazelnuts, for better quality nuts for manufacturers, and to determine nuts with better metabolite profiles… 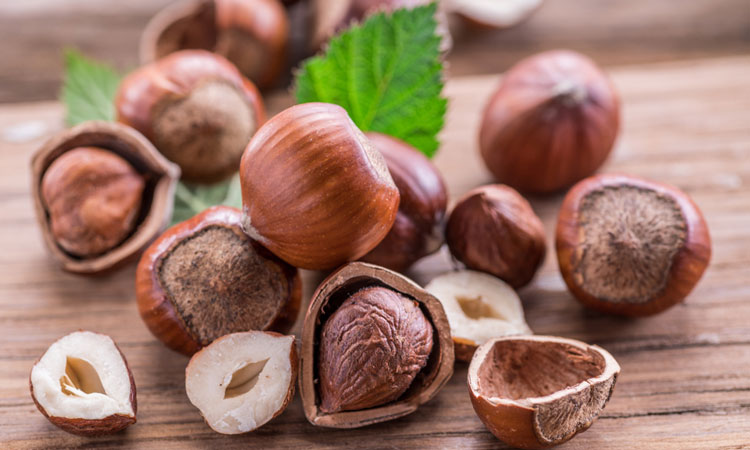 Researchers have used NMR analysis to identify differences in hazelnuts.

Hazelnuts, like olive oil, cheese and other agricultural products, differ in flavor depending on their geographic origin. Because consumers and processors are willing to pay more for better nuts – especially in fine chocolates and other delicacies – testing methods are needed to reliably authenticate the nuts’ country of origin.

People have eaten hazelnuts since at least the Mesolithic era. In recent years, they have become the third most commonly grown nut, after almonds and walnuts. Italian hazelnuts generally receive the highest price, followed by those from Turkey, then the United States of America, Georgia and lastly Azerbaijan.

Previously, a few studies have evaluated analytical techniques for chemically profiling hazelnuts, but they focused either on a small region or on particular hazelnut varieties. Thomas Hackl and colleagues wanted to find a method that could pinpoint geographic origin regardless of variety.

The researchers used 262 nut samples from different regions around the world, and ground them up in order to extract the metabolites. They then identified these metabolites using proton NMR spectroscopy.

Through the analysis, the spectra showed that nuts from different regions had different metabolite profiles, with certain compounds proving distinctive for specific areas. For example, the amount of betaine, an amino acid derivative, varied significantly in nuts from different countries. Thus, betaine could potentially be a good biomarker in a future test to identify the source of a particular batch of nuts, the researchers mentioned.

For an even more accurate determination, the team’s new NMR method – which had an accuracy of 96 per cent – could be used in combination with a previously devised test that assessed a different group of hazelnut metabolites using liquid chromatography and mass spectrometry.

In this way, the researchers mentioned how the nuts could be analysed and tested, and could aid in any possible future investigations into nut fraud.

Researchers reported the study in the ACS Journal of Agricultural and Food Chemistry.