A trade deal has been agreed between the US, Mexico and Canada, ensuring that the US has access to Canada’s dairy markets. 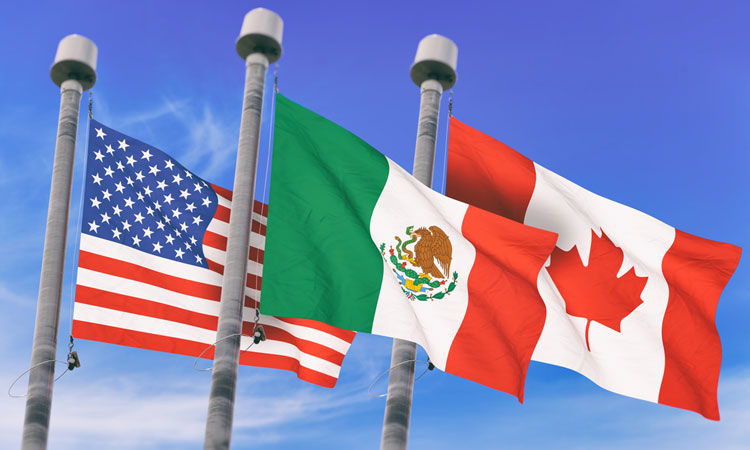 The current North American Free Trade Agreement (Nafta) has been replaced with a new trade deal between the US, Canada and Mexico.

The United States-Mexico-Canada Agreement (USMCA) allows greater access for the US to Canada’s dairy market, with extra imports of Canadian cars.

The US president tweeted: “Late last night, our deadline, we reached a wonderful new Trade Deal with Canada, to be added into the deal already reached with Mexico…It is a great deal for all three countries, solves the many deficiencies and mistakes in NAFTA, greatly opens markets for our Farmers and Manufacturers, reduce Trade Barriers to the U.S. and will bring all three Great Nations closer together in competition with the rest of the world.”

The new deal consists of 34 chapters, governing more than $1 trillion in trade.

The new deal is expected to last 16 years, and will be reviewed every 6 years.

US farmers will have access to 3.5 per cent of Canada’s $16 billion a year dairy market, along with a large number of cars to be exported from Canada and Mexico to the US.

Recently, the relationship between Canada and the US seemed strained, with the Trump administration setting a deadline of Sunday for Canada to set a deal.

The US has jumped ahead with individual trade deals, while rejecting bigger multi-lateral trade agreements and posing a challenge to long standing global free trade.

Last month, Trump launched a trade war with China, building upon tariffs which were met with more tariffs from China.

After the deal, the Canadian dollar rose to a five-month high, with the Mexican peso increasing to its highest level since mid-September.

Pierre Lampron, president of Dairy Farmers of Canada told the BBC: “We fail to see how this deal can be good for the 220,000 Canadian families that depend on dairy for their livelihood.”

Mexico’s Foreign Minister Luis Videgaray said it was a good deal for Mexico.