Oil palm plantations: a threat to the environment?

As demand continues to increase, many predict expansion will occur in Africa, where habitats of many species, such as primates, are at risk. 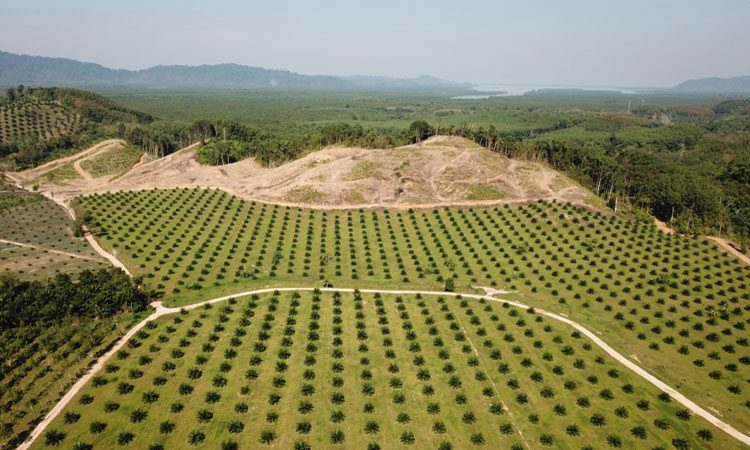 A recent study suggests that land conversion to oil palm continues to rapidly increase. Famers are aware of the global demand, profitability and the income opportunity it may provide to them, and despite most oil palm plantations being located in Southeast Asia, many argue that the expansion will occur in Africa. Previous studies suggest that cultivating oil palm itself leads to a rise in temperatures.

A team of researchers from the European Commission Joint Research Centre, Liverpool John Moores University and various other faculties assessed how this may affect primates living on the continent.

Approximately 30 per cent of the world’s vegetable oil comes from Indonesia and Malaysia, with palm oil being largely cultivated in these regions.

Palm oil is used by many manufacturers and is the most widely consumed vegetable oil on the planet. It can be identified in half of all packaged products sold in supermarkets, from pizza dough and instant noodles, to detergent, shampoo, lipstick and biodiesel.

The researchers mention that manufacturers should be choosing sustainably-produced palm oil, rather than the most cost effective. They analysed the continent of Africa and found that 2.8 per cent of the land has low suitability to grow oil palm, with 4.6 per cent having a medium suitability and only 1.6 per cent, equivalent to 50 Mha, has high suitability for growing oil palm. The rest, 91 per cent was found to be unsuitable for oil palm cultivation.

The areas most suitable for cultivating oil palm were, unsurprisingly, the areas with the highest number of primates, and ‘overall species richness’.

The Roundtable on Sustainable Palm Oil (RSPO), established in 2004, promotes the production and use of sustainable palm oil ‘for the people, the planet and prosperity’. Currently 40 per cent of the world’s palm oil producers are members, and many other organisations such as retailers, non-governmental organisation (NGO’s) and product manufacturers are also part of the scheme.

RSPO’s work ‘defines certified sustainable pal oil (CSPO) and palm kernel oil (CSPKO)’, with worldwide recognition. Eight principles need to be met for producers to become members, including compliance with laws and regulations, the use of appropriate best practises and environmental responsibility.

The researchers mention that as demand rises, and more land is used to cultivate oil palm, the African biodiversity and ‘overall species richness’ will continue to decline. They suggest that ‘adopting conservation-driven criteria of land conversion’ based on the level of primates present in the habitat would be key to minimising the impact on primate species.

The study was published in PNAS.