Food industry figures in the UK had praised the Government’s whitepaper for prioritising friction-free trade before President Trump’s interview in The Sun. 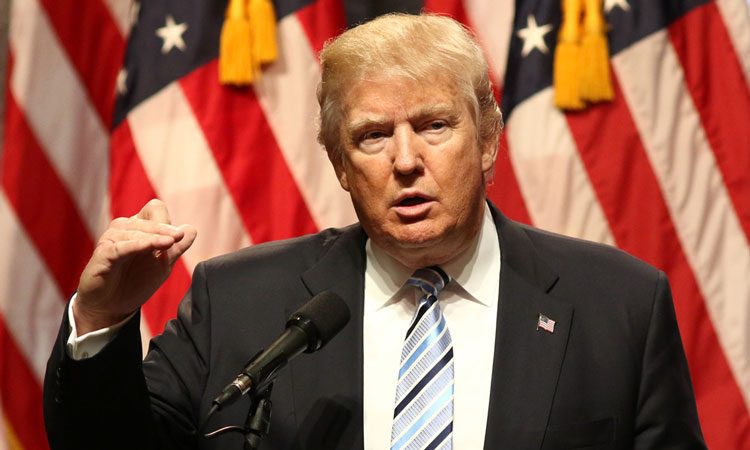 THE ART OF KILLING THE DEAL: President Trump told The Sun he had given advice to Theresa May about how to go about negotiations but she had ignored him

Prime Minister Theresa May’s plans for UK relations with the EU after Brexit will scupper any prospect of a trade deal with the U.S., warns President Trump, after food and farming leaders welcomed the proposals.

The recently-published Brexit White Paper set out plans for frictionless trade and proposed the adoption of the EU’s common rulebook.

Dashing hopes of multi-billion-pound trade deal with the U.S., the president said the course set out in the Brexit White Paper would “probably kill the deal” because it would mean the U.S. “would be dealing with the European Union” rather than the UK.But if the Brexit plan was implemented, the UK will “probably not” get a U.S. trade deal, the U.S. President told The Sun yesterday (July 12).

I told her how to do it

Earlier this week food manufacturing and farming leaders welcomed the Government’s plans, after one top executive warned arguments over Brexit could spark “a national crisis”. 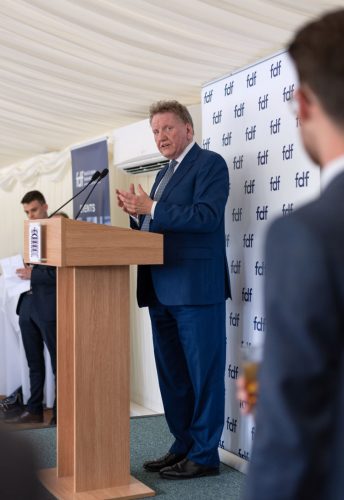 “Our food and drink manufacturers rely upon integrated supply chains, with ingredients and finished products crossing UK and EU borders frequently – nowhere more so than to and from the Republic of Ireland,” said Wright.

The White Paper plans started to address some of the most pressing concerning for food and drink manufacturers, such as rules of origin, he added.

But the Government should “grasp the impact rules of origin pose for globalised supply chains and include a joint exemption to all imports originating from Least Developed Countries”.

Also, more detail was needed to explain how the common rulebook will work in practice. “Businesses and consumers urgently need clarity and confidence in the process for both following and deviating from EU rules,” said Wright.

Could topple into national crisis

Earlier the FDF boss warned that the Government’s political turmoil over Brexit could have disastrous consequences. Speaking after the resignation of former Foreign Secretary Boris Johnson and Brexit Secretary David Davis, Wright told the FDF Summer Reception at the Palace of Westminster in London on Wednesday July 11: “At this time of political turmoil, which could topple into national crisis, from whichever government is in power, we need clarity, stability and clear direction for our country over Brexit.”

“There won’t be too many Conservative MPs here this evening. I do hope they are not in their offices writing letters …”, he quipped, hours after the Foreign Secretary’s resignation.

“If British farmers are to continue playing their part in providing high-quality and affordable food to the British public, as well as delivering for the environment, the principle of a free trade area for goods, including agri-food, is vital for our sector,” they said.

It was imperative that the UK’s independent trade policy did not undermine the nation’s high production and animal welfare standards, said the leaders, while predicting that a close relationship with Europe will enable those standards to be maintained.

The leaders urged the Government to provide more clarity on the nature of the UK’s future trading relationship with Europe. The unions wanted to see continuing high levels of trade in agricultural goods between the UK and the EU, our largest market for agri-food products.

“While the Government has committed to ending free movement of people, there must be recognition of the importance of both seasonal and permanent workers from outside of the UK that help farms to continue producing food for the nation,” the leaders added.
Food Brexit 2018 conference

Meanwhile, New Food is staging a one-day conference – Food Brexit 2018 – on Thursday November 1 at The Queen Elizabeth II Centre in central London. The second in a series of three events, providing the food and beverage industry with a platform to share strategy, insight and knowledge, to deal with the challenges of Britain’s exit from the EU.

The conference will help delegates check and formulate Brexit action plans from farm to fork. The event will examine how Brexit will impact all aspects of the food and drink chain: from farmers, manufacturers, foodservice firms and retailers. It will also feature views from throughout the UK including representatives from England, Scotland, Wales and Northern Ireland together with Ireland.