Manipulative supermarkets could be the unlikely heroes of public health

Oxford researchers have found that ‘interventions’ in grocery stores – such as manipulating price or availability or suggesting swaps – have an impact on purchasing and could play a role in public health strategies to improve people’s diets. 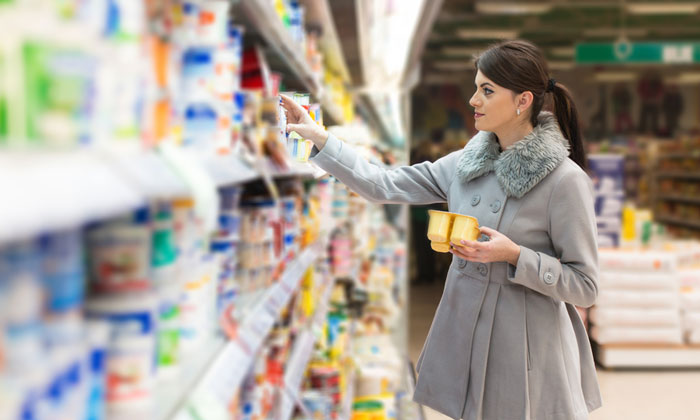 The researchers from the University of Oxford’s Nuffield Department of Primary Care Health Sciences analysed data from 35 studies, including more than 20,000 customers and over 800 stores.

The majority of studies tested the effect of interventions in typical, large supermarkets, with a smaller number involving convenience shops or online stores.

Published in the American Journal of Clinical Nutrition, the work showed that changes in food pricing were the most promising way to change food purchases. This included discounts on fruits and vegetables, which increased purchases, or taxes on high energy foods or sugary beverages, which led to decreases in purchases.

Offering people healthier alternatives, or swaps, to replace the products they were about to choose also helped to improve the nutritional quality of their shopping basket.

Some studies also suggested that changing the availability of specific foods – for example stocking a salt substitute and informing customers about the benefits of consuming less salt – influenced what people bought.

The effect of other interventions, such as altering the position of products, signing particular food choices, taster sessions, labelling or general educational messages, was less clear, partly due to the small number of studies that had tested these interventions.

“In the UK, most people consume too much sugar, saturated fat and salt, and not enough fruit and vegetables, which increases the risk of heart disease and cancer,” said Jamie Hartmann-Boyce, the study’s main author. “Many of our dietary habits, whether healthy or unhealthy, begin in the supermarket; once food is in the cupboard at home, it’s likely to be eaten.

“Governments around the world are encouraging the food industry to take action to support people to make healthier food choices. Currently, that often means reformulating products to contain less sugar or salt. However, our findings show that influencing the choices people make while shopping can also be a way to support them.

“What happens in a grocery store – whether interventions on pricing or tailored swaps – can encourage customers to make healthier choices and change the type of foods they purchase. Some of these strategies could certainly be used to help improve the nutritional quality of our diet and our health.”