Academics and campaigners call for age limit on energy drinks

A study into the consumption on energy drinks among children and young people has sparked call for age restrictions to be imposed. 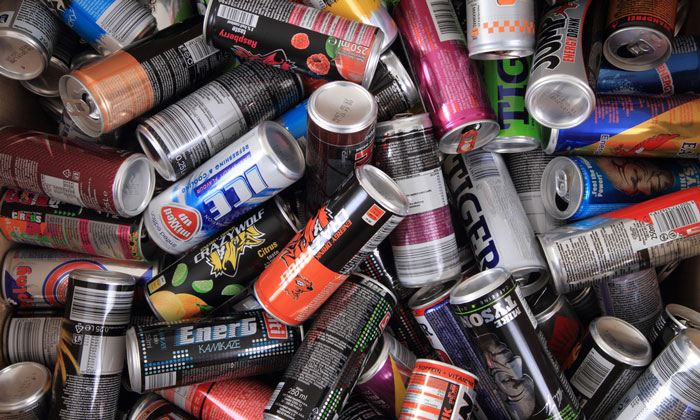 SUGAR HIGH: Children were well aware of the available brands but less aware of the sugar content in energy drinks

Academics from Fuse, the Centre for Translational Research in Public Health, have called for the UK government to consider restricting the sale of energy drinks to under-16s after finding that they are being sold to children ‘cheaper than water and pop’.

Research carried out by Fuse has revealed that around one in three young people say that they regularly consume energy drinks, which typically contain high levels of caffeine and sugar.  The dangers of energy drinks are well documented with evidence indicating that regular or heavy use by under-18s is likely to be detrimental to health.

According to Fuse, this is the first study to explore in-depth the views of children, as young as 10-years-old, on energy drinks. It has been published in journal PLOS ONE.

They discovered that energy drinks were:

Existing research cited in the paper shows that use of energy drinks by under-18s is associated with a range of negative effects and unhealthy behaviours, including physical health complaints, such as headaches, palpitations and insomnia, and higher rates of alcohol, smoking and drug use.

Kawther Hashem, Nutritionist at Action on Sugar, said: “It’s a scandal that certain energy drinks are being sold to children and teenagers under-16 ‘cheaper than water and pop’. The level of sugar in a typical energy drink is excessively high and increases the risk of obesity, type 2 diabetes and tooth decay. There must be tighter restrictions on who can buy these drinks to protect children and teenagers.”

The children and young people in the study were aware of the potential risks involved in drinking energy drinks.  During focus groups many of the participants suggested putting age restrictions on energy drinks, similar to those on cigarettes and alcohol.  They also proposed that the drinks could be positioned away from children and young people in shops, and wanted the labelling on energy drinks to be clear and understandable, for example by showing sugar content per spoonful.

The UK government has already announced a tax on sugary drinks as a step towards tackling childhood obesity, but energy drinks usually contain high amounts of both sugar and caffeine.  The authors would now like the government to go a step further.

Dr Amelia Lake, Fuse Associate Director, dietitian and Reader in Public Health Nutrition at Teesside University, said: “While this is a small study in one part of England it gives us a huge amount of insight.

“What’s interesting is the young people are essentially asking why these drinks are being sold and marketed to them when we know they are not good for them.

“They are telling us that energy drinks cost less than water or pop!

“They are asking, why aren’t energy drinks age restricted like cigarettes?  Why can they get them so easily?  But they are also well aware there isn’t a simple solution.

“Schools have tried restricting these drinks – now it’s time to try and do something more central.  These drinks are a problem and a government solution is needed.”

On average, young people in the UK consume more energy drinks than those in other European countries.  Sales of energy drinks in the UK increased by 185 per cent between 2006 and 2015, with 672 million litres drunk in 2015 and a total market value of over £2 billion.

A single can of popular brands on the market can contain around 160mg of caffeine, while the European Food Safety Authority recommends an intake of no more than 105mg caffeine per day for an average 11-year-old.

The work was supported by The Children’s Foundation Child Health Research Programme and led by Dr Shelina Visram who is at Newcastle University, in collaboration with academics from Durham, Northumbria, and Teesside Universities through Fuse, the Centre for Translational Research in Public Health.