The regulations, which will come into effect next year, have been finalised at a time when Canada-America food trade relations are under the spotlight. 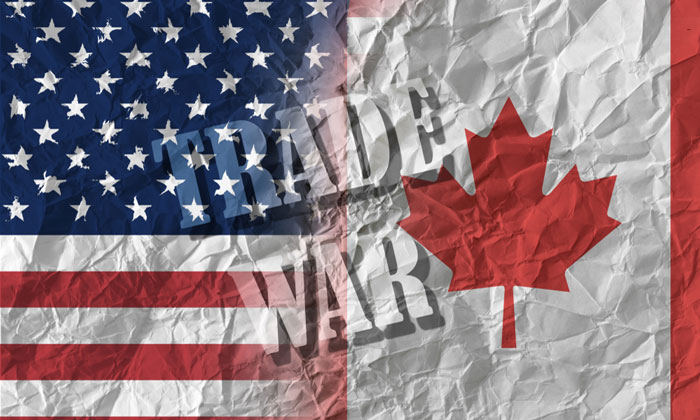 The Government of Canada has finalised new regulations on food safety which will smooth trade with the United States.

The completion of the Safe Food for Canadians Regulations (SFCR) was announced by Ginette Petitpas Taylor, Minister of Health, and Lawrence MacAulay, Minister of Agriculture and Agri-Food, on Wednesday June 13.

According to the nation’s authorities, the regulations, which will come into effect on January 15, 2019, help Canadian food businesses continue to have access to trading partners like the United States, which has already adopted similar measures.

Once the SFCR are fully in force, officials said, Canadian businesses exporting foods that are regulated by the U.S. Food and Drug Administration can leverage their SFCR licence to demonstrate that their food safety controls meet their U.S. importers’ requirements under the U.S. Foreign Supplier Verification Program.

The news comes at a time when trade relations between the U.S. and Canada are terse. Retaliating to the USA’s decision to impose tariffs on imports of 25 per cent for steel and 10 per cent for aluminium, Canada brought in its own tariffs on American goods, estimating their impact to be worth up to CA$16.6 billion. Aside from going tit-for-tat with steel and aluminium, Canada targeted a range of food products including that famous favourite of the northern nation, maple syrup.

According to the SFCR, businesses that import food or prepare food for export or to be sent across provincial or territorial borders will now need to have licences as well as preventive controls that address potential risks to food safety.

To help reduce the time it takes to remove unsafe food from the marketplace, most food businesses will also have to maintain simple traceability records that allow them to trace their food back to their supplier and forward to those that bought their products.

Retailers will only be required to trace their food back to their supplier, not forward to consumers to whom they sold their products.

“Canada is recognised as having one of the strongest food safety systems in the world. I am proud to say that these regulations, which focus on prevention and faster removal of unsafe food from the marketplace, go even further to protect Canadian consumers, said Ms Petitpas Taylor.

Mr MacAulay added:  “The Safe Food for Canadians Regulations will further enhance Canada’s international reputation as a global food safety leader, and help maintain and further expand market access for Canada’s food businesses. Maintaining and enhancing the quality of our exports is vital to achieving the Government of Canada’s trade target of growing agriculture and food exports to $75 billion by 2025.”

The Government of Canada

The Government of Canada