The debate over how cultured meat is labelled has raged since February when the U.S. Cattlemen’s association submitted a petition to the USDA. 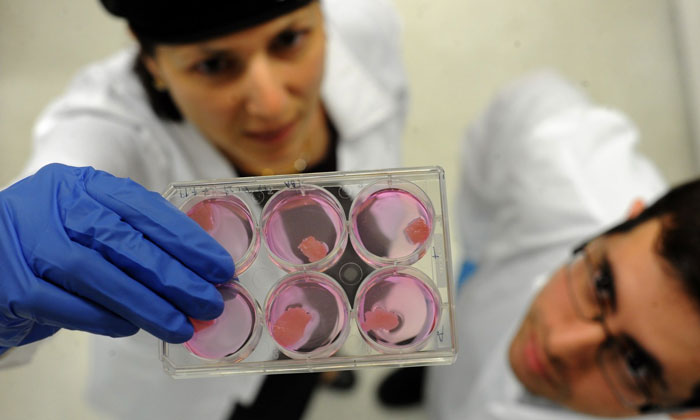 THE FUTURE OF PROTEIN?: The petition has garnered a spectrum of responses, ranging from unreserved support to condemnation

A cultured meat firm from Israel has drawn attention to the potential the emerging food technology has to boost food safety as debate rages around how it should be labelled.

Aleph Farms called on the U.S. Department of Agriculture to promote clean meat, highlighting its antibiotic and pathogen-free production as key safety advantages over traditional meat.

The company’s statement comes in response to the US Cattlemen’s Association’s (USCA) petition to the USDA to restrict the terms ‘beef’ and ‘meat’ only to slaughtered animal-based products, namely beef, to ‘better inform’ consumers.

The petition is currently open to responses on the USDA’s website.

In its plea to the USDA, Aleph Farms referred to the Food and Drug Administration’s (FDA) ban on the use of antibiotics solely for animal growth promotion. According to the New York Times, despite the FDA’s restrictions, 70 to 80 per cent of US antibiotic sales go to livestock.

This raises public health concerns about increased antibiotic resistance, which causes about 23,000 American deaths a year and $34 billion in financial losses annually.

“A key USDA role is to minimise consumer exposure to unsafe agricultural products, including meat,” added Didier Toubia, the company’s Co-Founder and CEO. “In recent years, the USDA has implemented new proactive policies to reduce pathogens in animal products.

“The innovation of clean meat is a natural development in line with USDA policies to reduce exposure to pathogens. Most meat is contaminated during the slaughter process, and clean meat eliminates this risk.”

USCA members may perceive clean meat as a threat to their businesses. The cattlemen’s petition claimed that clean meat products “are likely to become more prevalent in the marketplace and take away market share from farmers”.

“We understand this is a sensitive issue for the cattlemen, but at Aleph Farms, we see the introduction of clean meat as an industry-wide opportunity, rather than a threat,” said Mr Toubia. “We are not looking to replace farmed meat, but rather to offer an additional choice to the consumer.

“Aleph Farms has tremendous respect for hardworking cattle farmers; my wife is a farmer, too.

“The farmers’ role is to feed the world, so they should be willing to embrace new food production technologies.”

Webinar: Breakthrough in analysis of pesticides residues in food