A team researchers have concluded that a policy floated by America’s Food & Drug Administration (FDA) to introduce a voluntary sodium reduction scheme could prevent nearly half a million cases of cardiovascular disease (CVD). 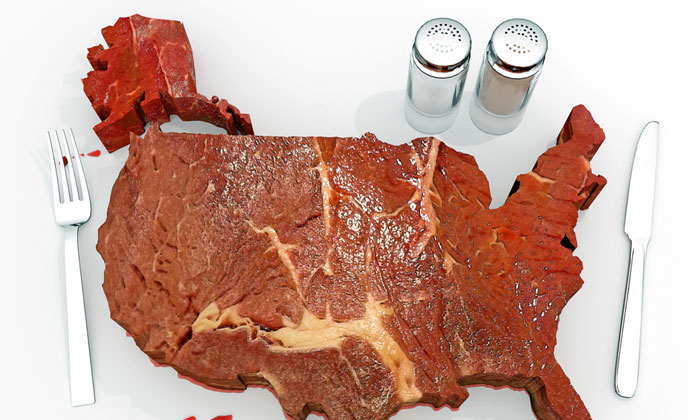 SALT NATION: Millions of people die every year as a result of high salt intake

Scientists from Imperial College London, University of Liverpool and Tufts University compared three scenarios, each with a different compliance by businesses over time periods outlined in the original 2016 policy proposal.

The policy aims to cut average sodium intake from 3.4 g to just 2.3 g per day. Part of this was to be achieved by encouraging manufacturers to put less salt in prepared foods with measurable two-year and 10-year voluntary targets.

In the best-case scenario, 100 per cent compliance with the 10-year FDA targets, the study found that 450,000 CVD cases could be prevented, as well as lead to a gain of two million Quality Adjusted Life Years (QALYs) and produce discounted cost savings of approximately $40 billion over a 20-year period (2017–2036).

All three scenarios found that the cost of reducing salt to the food industry would be outweighed by the savings to healthcare by 2021 and lead to overall economic savings in the economy by 2031.

In a release published on Imperial College London’s webside, Dr Jonathan Pearson-Stuttard, an NIHR Academic Clinical Fellow from the School of Public Health at Imperial College London, and first author of the paper, said: “We know that too much salt in our diet can be bad for our health and that measures should be taken to reduce the amount of salt we’re eating overall. Cutting back on salt is the number one way to reduce risk of high blood pressure and cardiovascular disease.

“Our latest research shows that in the United States, reducing sodium – which together with chlorine forms table salt – could have significant benefits, both in terms of public health and the economy. Following the FDA’s proposed guidance to the letter could prevent thousands of cases of cardiovascular disease, saving billions of dollars lost due to associated ill health. This demonstrates the potential powerful benefit of population level policies”

Martin O’Flaherty, Professor in Epidemiology and Health Services Research at the University of Liverpool and co-author of the study, added: “There is no doubt that these findings have important implications for the processed and commercially prepared food industry in the US.”