New research from the European Union Intellectual Property Office (EUIPO) shows that €60 billion is lost each year due to counterfeiting in 13 economic sectors – including wine and spirits. 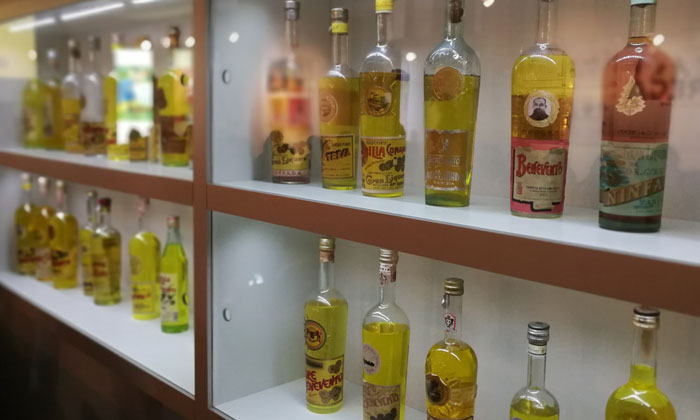 DEAD RINGERS: The 400 counterfeit bottles found all over the world, trying to emulate the Liquore Strega, on display at the "Spazio Strega" museum at the Alberti

Counterfeit spirits and wine cost the European economy €2.7 billion a year, a new report has revealed. In the UK alone, fraud in the sector cost €249 million (£218 million).

According to the EUIPO, examples of domestic counterfeiting included criminal gangs across the EU (Belgium, Czech Republic, Spain, Italy, Poland, Portugal and the UK) repackaging of cheap wine in expensive bottles.

The other 12 sectors the office studied to come up with the total figure of €60 billion were: cosmetics and personal care; clothing, footwear and accessories; sports goods; toys and games; jewellery and watches; handbags and luggage, recorded music; pharmaceuticals; pesticides; smartphones; batteries and tyres.

These figures form part of a cycle of research work, carried out by the EUIPO over the last five years, and released in one single report for the first time.

The Executive Director of the EUIPO, António Campinos, said: “Over the past five years, our reporting and research has given, for the first time, a comprehensive picture of the economic impact of counterfeiting and piracy on the EU economy and job creation, as well as intelligence on how intellectual property rights are infringed.

“Through our research, we have also shown the positive contribution that intellectual property has on employment and growth. Our work has been carried out so that policymakers and citizens can be in no doubt of the value of intellectual property and the damage that arises from its infringement.”

Referring specifically to wine, spirits, agricultural products and food, the office said that in the EU, Geographical Indications (GIs) are protected intellectual property rights that act as certification that certain products possess particular qualities, characteristics or reputation attributable to their geographical origin and method of production.

It added: “Consumers are often willing to pay a higher price for such products, compared with non-GI corresponding products. Therefore, if the product in question does not comply with the GI specifications, the consumer is deceived.

“Infringement rates varied across GI products, ranging from 0.1 per cent for beer to 12.7 per cent for spirits.

“[GI infringement] is yet another example of the phenomenon that anytime consumers are prepared to pay a premium price for a brand they trust, or for a GI product, infringers are ready to exploit that willingness to pay and thereby defraud the consumers and the legitimate producers.”