UK poultry sector has slashed antibiotic use by 82 per cent

Whilst the UK is working to slow the use of antibiotics in food-producing animals, in some countries approximately 80 per cent of total consumption of medically important antibiotics is in the animal sector. 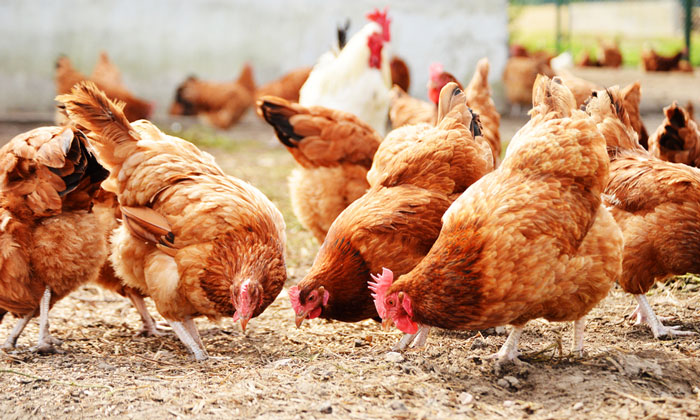 British poultry producers have cut antibiotic use by 82 per cent over the last six years and by nearly 40 per cent in the last year alone, a report has shown.

The British Poultry Council’s (BPC) 2018 Antibiotic Stewardship Report, which was published this week, showed the industry had also reduced its use of fluroquinolones, a critically important antibiotic, in the years between 2012 and 2017.

The news comes as the livestock industry is collectively striving to work against antimicrobial resistance, widely recognised as one of the greatest threats to human health.

British Poultry Council Chairman, John Reed, said: “Poultry is half of the meat eaten in the UK and we use less than 9.7 per cent of the total antibiotics licensed for food producing animals. We have successfully reduced our antibiotic use by 82 per cent in the last six years and have stopped all preventative treatments as well as the use of colistin. The highest priority antibiotics that are critically important for humans are used only as a ‘last resort’.

“Through BPC Antibiotic Stewardship, the British poultry meat sector is delivering excellence in bird health and welfare by monitoring and reviewing on-farm management practices and ensuring responsible use of antibiotics throughout our supply chain.

“Our farmers and veterinarians need antibiotics in their toolbox to preserve the health and welfare of our birds. Responsible use of antibiotics is about so much more than reduction targets. Zero use is neither ethical nor sustainable as it goes against farmers’ duty to alleviate pain and suffering.

“We stand committed to ensuring that antibiotic therapies are used with good animal husbandry techniques, ‘only when necessary’, and under the direction of a veterinarian, to protect the health and welfare of birds under our care.”

UK Chief Veterinary Officer, Christine Middlemiss said: “The achievements made by members of the BPC are remarkable. Continuously reviewing on-farm biosecurity and disease management practices whilst ensuring prudent use of antibiotics is integral to the sustainability of British agriculture. The dedication and determination of BPC’s members to deliver responsible reductions in the use of antibiotics will help to protect and preserve the efficacy of antibiotics going forward.”

Veterinary Medicines Directorate CEO, Professor Peter Borriello said: “The impressive reductions achieved demonstrate the commitment of BPC members to protect the health and welfare of British poultry whilst safeguarding human health. The BPC and its members have demonstrated what can be achieved with will, strong leadership and teamwork. This success puts the poultry sector at the vanguard globally on antibiotic stewardship.”