The proposals are open for comment until July 3. They are due to be finally issued just four weeks later on July 29. 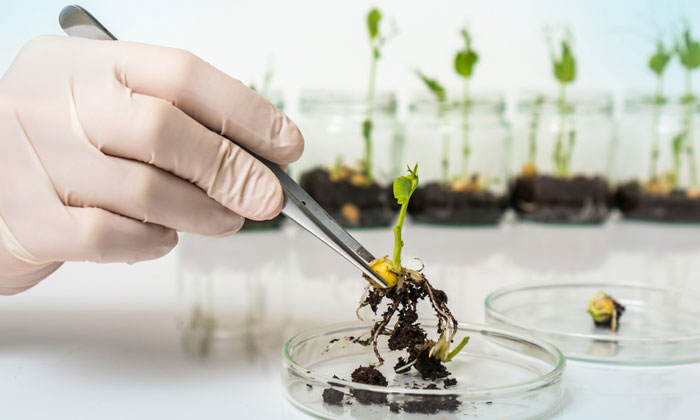 IT'S ALIVE: GMOs have had a long and complicated history in the USA

The U.S. Department of Agriculture has published its proposals on a national standard for the disclosure of GMOs, or bioengineered food.

The USDA’s proposed standards, which were mandated by Congress in 2016, would make it a requirement for food producers to mark genetically modified ingredients on their packaging. However, it has left the door open for this to be achieved via QR codes, a decision that has draw the attention of critics.

“USDA should not allow QR codes,” said Andrew Kimbrell, Executive Director at Center for Food Safety (CFS). “USDA’s own study found that QR codes are inherently discriminatory against one third of Americans who do not own smartphones, and even more so against rural, low income, and elderly populations or those without access to the internet. USDA should mandate on-package text or symbol labelling as the only fair and effective means of disclosure for GE foods.”

Another cause for concern to the Center for Food Safety that the Government department has not clearly decided whether or not whether or not “highly refined,” GE foods will be covered, such as cooking oils, sweets, or soft that have ingredients derived from GE crops, but are in processed form such that in the final product, the GE content may or may not be detectable.

Instead, it is taking comments on whether or not to include these products, with two differing alternatives including or excluding them. The proposal also seeks comments on how to deal with newer forms of genetic engineering – which often go by different names such as synthetic biology, gene-editing, or CRISPR – and whether or not to include foods produced through them.

“Excluding highly processed GE foods would mean that consumers would be wrongly left in the dark about thousands of GE products,” said Bill Freese, CFS’s Science Policy Analyst. “These products, as well as those from newer forms of genetic engineering, must be subject to mandatory labelling if this rule is to be meaningful.”

According to the USDA, the standard will provide a uniform way to offer meaningful disclosure for consumers who want more information about their food and avoid a patchwork system of state or private labels that could be confusing for consumers and would likely drive up food costs.

“This rulemaking presents several possible ways to determine what foods will be covered by the final rule and what the disclosure will include and look like,” said Agriculture Secretary Sonny Perdue. “We are looking for public input on a number of these key decisions before a final rule is issued later this year.”

Center for Food Safety, US Department of Agriculture (USDA)

Center for Food Safety, US Department of Agriculture (USDA)

Supercharged shellfish could be the answer to vitamin deficiency