Dairy cows in several different states were found to have been infected with the strain which led to the hospitalisation of more than 40 people, making it hard for investigators to zero in on a source. 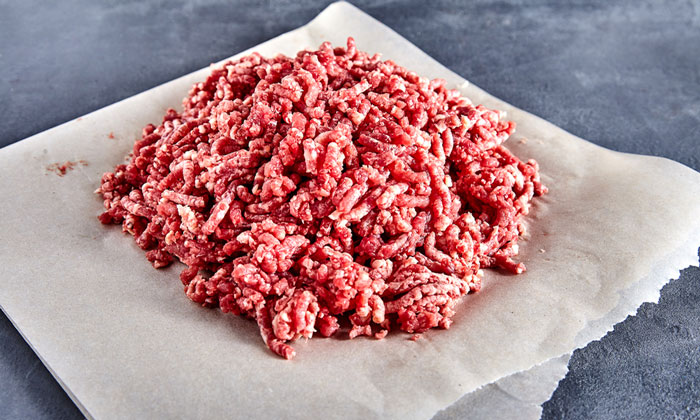 STRUGGLE: The outbreak, linked to ground meat from dairy cows, was recorded in 21 states

A report into an outbreak of Salmonella linked to minced meat from dairy cows in the United States was slowed because investigators struggled to trace its source.

One person died and 106 people were infected due to outbreak of Salmonella Newport which struck 21 states between October 1, 2016 and July 31, 2017. Consumption of ground beef was quickly identified as a common factor in the infection, but from there investigators ran into problems.

The report published last week by the Centers for Disease Control and Prevention (CDC)said that progress was hampered because “product traceback did not converge on a single contaminated lot of ground beef”.

More than half of the 52 patients who ate ground beef at home said that they had purchased it or may have purchased it from multiple locations of the same two national grocery chains.

Investigators struggled to link slaughterhouses and processing plants that were identified during their work with the farms housing dairy cows they had found to be contaminated with the outbreak strain in Arizona, California, Texas, New Mexico, and Wisconsin.

It concluded: “Foodbourne outbreak investigations could be enhanced by improvements in the traceability of cows from their originating farms or sale barns, through slaughter and processing establishments, to ground beef sold to consumers.”

According to the CDC, Salmonella causes around 1.2 million illnesses, 23,000 hospitalisations, and 450 deaths in the United States every year. Food is the source for about one million of these illnesses.