Posted: 25 April 2017 | University of Illinois College of Agricultural Consumer and Environmental Sciences (ACES) | No comments yet

Cattle with subacute ruminal acidosis suffer from a number of low-level ailments that affect productivity. 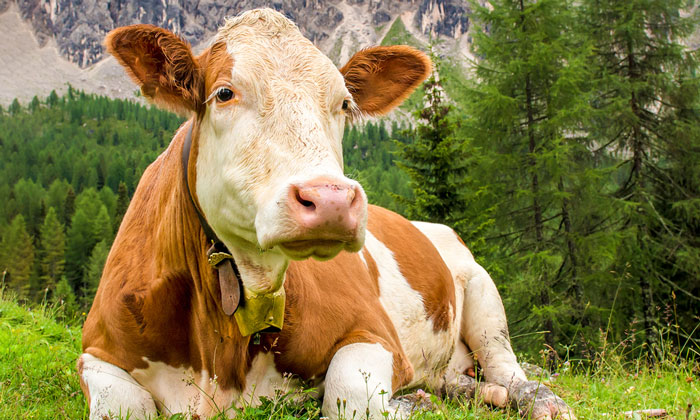 A research team led by University of Illinois scientists has documented changes in pH, microbiome, and rumen epithelial cells in SARA-affected cows. Results indicate that some animals may be predisposed to SARA because of an overabundance of certain bacteria.

Scientists are not sure why some cows develop the condition known as subacute ruminal acidosis, or SARA, but producers know it causes a number of minor symptoms that add up to major problems over time.

“Subacute ruminal acidosis is what happens when the pH of the rumen – the large compartment of a cow’s stomach – gets too low. It’s not severe, but it’s lower than ideal. It’s difficult to detect. Because of that, we don’t have a great understanding of how it happens and what are the contributing factors,” says assistant professor of animal sciences Josh McCann.

To get a handle on what is happening in the rumen during SARA, McCann and his collaborators tried to induce the condition in dairy cows by simulating the behavior of rapid feeders – the cows that are most often affected by SARA. They fed the SARA cows a restricted diet followed by full feed, measuring rumen pH and sampling the microbial community before and six days after initiating the feeding treatments. It turned out that their treatments did not always predict which cows developed SARA.

“Differences between animals on day six were observable on day one,” McCann says.

“Bacteria in the phylum Bacteroidetes and the genus Prevotella were over represented in some cows on day one; those were the ones that were going to get SARA, regardless of what we fed them. These bacteria may be a marker for SARA or are actually contributing to it happening in some animals.”

The researchers observed that the epithelium, or lining of the rumen, also changed as a result of SARA. Within 24 hours of SARA induction, they saw genetic evidence that the epithelium was responding to the SARA challenge; the genes for proteins holding epithelial cells together were more active compared with the healthy animals.

“The epithelium is a barrier, it’s the fence that keeps bacteria out. I think our data shows that the epithelium ‘sensed’ the challenging conditions and sent the defence signal to attempt to maintain barrier function. When it fails to do that in more prolonged cases of SARA, bacteria can enter the bloodstream to cause liver abscesses or other problems,” McCann says.

Liver abscesses can be treated with antibiotics, but the condition is costly. McCann says the feedlot industry loses upwards of $400 million per year due to liver abscesses stemming from SARA.

The average producer is not going to test for rumen pH, microbial community, or gene expression of epithelial proteins, but the research takes us a step closer to better detection and possible prevention of SARA. For example, McCann hopes that his research team will be able to develop a relatively inexpensive blood test for the condition. He also thinks a key to detection and prediction lies in understanding individual feeding behaviour.

“If we can identify animals that are at risk – maybe those that vary a lot in their feed intake – we can look at some nutritional measures of prevention. Maybe adjusting their diet, or a targeted feed additive like a probiotic,” McCann suggests.

The article, “Induction of subacute ruminal acidosis affects the ruminal microbiome and epithelium,” is published in Frontiers in Microbiology. The work was a collaboration with other U of I animal sciences faculty, Phil Cardoso and Juan Loor, as well as Ehsan Khafipour at the University of Manitoba. The research was supported in part by the American Jersey Cattle Association Research Foundation.