“Why charge consumers 25p a cup when the industry is willing to provide funding for recycling?” – Executive Director of the Foodservice Packaging Association. 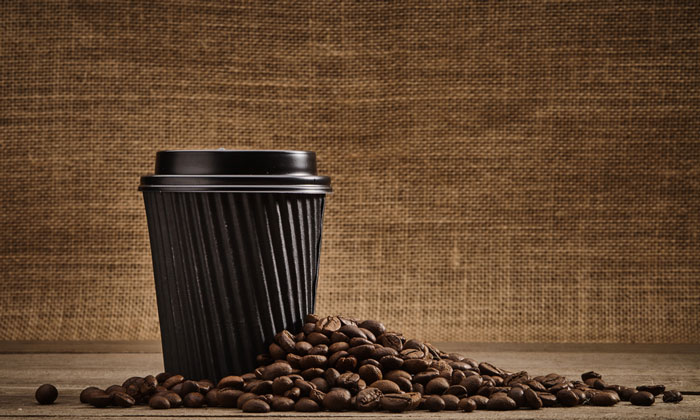 2.5 BILLION USED EVERY DAY: Disposable coffee cups are often made from paper lined with plastic to make it water proof

Industry figures have reacted to the proposals put forward by a UK Government committee to impose a 25p ‘levy’ on drinks bought in disposable cups.

The so-called ‘latte levy’ was proposed by the Environmental Audit Committee (EAC), chaired by Labour party MP Mary Creagh, at the end of 2017.

In its December report the committee highlighted the four-fold rise in the number of coffee shops in the UK and the strain it has placed on local authorities’ waste management. Though disposable cups are often recyclable, plastic coating means that it is only possible at specialist facilities, not currently available at many authorities’ recycling centres. The result is that less than one in 400 cups is recycled.

It recommended the Government introduce a 25p levy on disposable cups, to be paid by the consumer on top of the price of the coffee. It cited the levy introduced on plastic bags in 2015 and the 83 per cent reduction in the number of bags handed out it caused as evidence this would work.

The Foodservice Packaging Association’s (FPA) Executive Director Martin Kersh, questioned why the Government would charge the 25p levy when the industry is already willing to provide funding for recycling.

He said: “If two key proposals of the EAC report are enacted then there is no requirement for a 25p charge on paper cups to fund recycling infrastructure for cups and all other packaging used for on-the-go consumption.

“The recycling of paper cups is set to increase fast as the coffee cup industry and its customers have introduced a large-scale recycling facility. The key to increased recycling therefore is increased collection and this requires an on-the-go waste management infrastructure that addresses all packaging used in this way and not just cups.

“The public needs a simple, UK wide solution, one which is made possible by the introduction of an on-the-go waste management infrastructure. To fund this requires a reform of the UK Producer Responsibility (Packaging Recovery Note) mechanism a development that has been endorsed by many of the UK’s leading retailers and brands and is referenced as a requirement in the EAC Report.”

Mr Kersh also said that the FPA had for some time been calling on the Government to reform the PRN system, the system used by UK businesses to meet their packaging producer responsibility obligations, and for the introduction of a funded on-the-go waste management infrastructure.

“A 25p charge, which works out at over £20 000 per tonne, would most likely be considered as legally accounting for the producer responsibility obligation for disposable cups so effectively shifting the charge from the producer to the consumer,” he said.

“Business has made clear its willingness to provide greater funding to achieve more collection and recycling through the PRN system. Surely Government should seize this opportunity and reform the system?”

Chris Stemman, Executive Director of the British Coffee Association, said “Long term sustainability and driving a circular economy are of paramount importance to the UK coffee industry and we welcome the EAC report in its reduce, reuse and recycle initiatives, particularly those that drive innovation of using only recyclable materials, and in working towards a goal of recycling all paper cups.

“However, we don’t think that a proposed 25p tax on non-reusable cups would fix this issue, instead it places an unfair and additional cost on coffee drinking consumers only – despite paper cups only contributing 0.7 per cent of total paper packaging waste. We urge the UK Government to ensure that if any potential tax is considered, that it is ring-fenced and used specifically to invest in new ‘binfrastructure’ and to improve recycling processes with local authorities that make it easier to separate and stream paper cups and other waste products.

“There has already been significant progress made by individual coffee chains and retailers in capturing and recycling paper cups as well as offering incentives to use reusable cups. We hope to see continued and measured impact with consumers using reusable cups more often and with retailers being able to recycle more and more cups.

“Whilst paper cups have received significant attention we must also continue to collaborate across the sector on much broader sustainability issues across the supply chain such as water use reduction, carbon reduction, and turning waste coffee grounds into biofuel, where our industry has already created significant action.”

Biopac, a developer, manufacturer and supplier of eco-friendly food packaging, supported the FPA in questioning the wisdom behind charging the consumer the 25p levy.

In a statement, it said: “Biopac is pleased with the high amount of press around single use disposables and recycling in the UK. Such levels of exposure will only help highlight the ongoing issues that the industry is facing.

“We would like to reiterate our stance that taxing the use of these items is not an effective way forward, and merely patches over the underlying issues with waste management and infrastructure in the UK.

“Considering the volume of press on this matter, Biopac is saddened about the lack of conversation on compostable products. Compostables provide a market ready solution across the catering disposable market, yet the focus remains on oil based plastics and recycling. A compostable range eliminates the need for sorting and filtering of waste. Standard collection bins could be issued for all food waste and compostable packaging to be disposed of together – reducing costs and also providing a streamlined waste collection service.”

Paper Cup Recovery and Recycling Group (PCRRG) Chairman Neil Whittall, said that the organisation was ‘disappointed’ in the committee’s suggestion.

He added: “The industry has collectively embraced the challenges put to it since attention was drawn to concerns over cup waste and PCRRG members are working across the whole supply chain, implementing activity designed to meet its objective of ensuring consumers are able to recycle their cups in a sustainable manner by 2020.

“In the last 12 months, the PCRRG and its members have focused efforts on increasing paper cup collection points to make recycling cups on the go more convenient, there are more than 4000 collection points through the activities of collaborative and individual organisations across the market and this focus will continue to add hundreds more in 2018.”