A report analysing 3,448 samples of British produce has found traces of pesticides on 48 per cent of them. 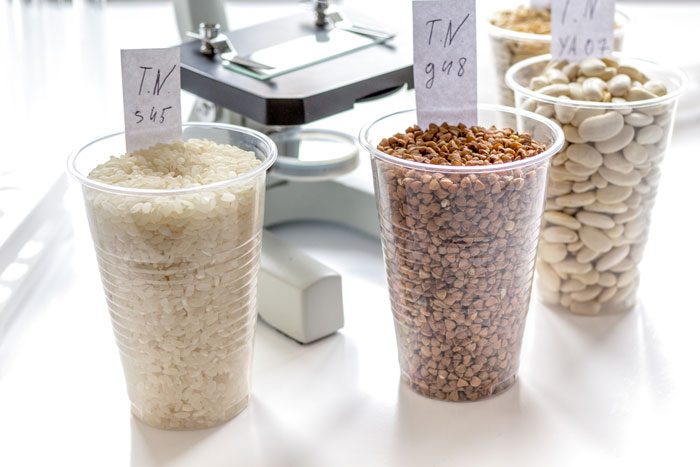 PUT TO THE TEST: Grapes were the most likely to contain pesticide residues, but 50 per cent of all cumin samples were above the maximum recommended level.

The data was released by the Expert Committee on Pesticide Residues in Food (PRiF) yesterday as part of their annual report.

PRiF tested 3,450 samples of 41 different food types, finding residues in 47.86 per cent of them – with 3.22 per cent registering above the maximum recommended level (MRL).

Food from outside the UK proved to be more likely to contain traces of pesticides with 53.46 per cent of the 1,719 samples testing positive. Of the 1,729 food products from inside the UK, that figure stood at 42.26 per cent.

Though there has been an increase in the prevalence of pesticide residue since 2015, when it was at 42.86 per cent positive and 2.79 per cent above the MRL, there has also been a change in the pesticides tested for.

In 2016, they checked for 374 pesticides in fruit and vegetables, 365 in animal products, 371 in starchy foods and grains, 376 in infant food and 370 in other groceries. This means PRiF increased their scope by 23 per cent.

By percentage of samples tested, cumin was the most likely to have a residue level above the MRL. Twelve of the 24 samples analysed showed signs of pesticide traces. Other notable products that frequently exceeded the MRL included: buffalo, ewe and goat cheese (11 per cent); rye four (21 per cent); beans with pods (24 per cent); and okra (26 per cent).

In the case of the 11 samples of buffalo, ewes and goats cheese with a residue above the MRL were all residues of either BAC or DDAC, probably used as disinfectant during productions.

Explaining the meaning of MRL, the report said: “MRLs are set in law at the highest level of pesticide that the relevant regulatory body would expect to find in that crop when it has been treated in line with good agricultural practice (GAP). When MRLs are set, effects of the residue on human health are also considered. The MRLs are set at a level where consumption of food containing that residue should not cause harm to consumers.

“If a food has a higher level of residue than the MRL, it does not automatically mean that the food is not safe to eat. A residue above the MRL may show that the farmer has not used the pesticide properly. Some pesticides may be permitted for use in the country of export but not be permitted for use in the EU and hence the MRL may be set at the lowest level that official laboratories can normally detect. This is known as the limit of determination (LOD).”

At the beginning of the report, the group’s sixth, Chairman Dr Paul Brantom said: “Part of the monitoring programme is targeted at foods where we expect to find residues. Our programme uses the latest technology for analysis, which is constantly improving; this means that each year we can look for more pesticides at lower levels. For these reasons we expect to see a rise in the number of samples with residues detected, including some over the MRL. Every sample that contains a residue at any level is assessed for risk to consumer health.

From the results of these assessments we can see that even where food contains a residue above the MRL, there is very rarely any risk to the health of people who have eaten the food.”