The EU Parliament has failed to agree to renew the licence for the sale of glyphosate, an active ingredient in many domestic and industrial herbicides. Some even called for it to be banned entirely by 2022. 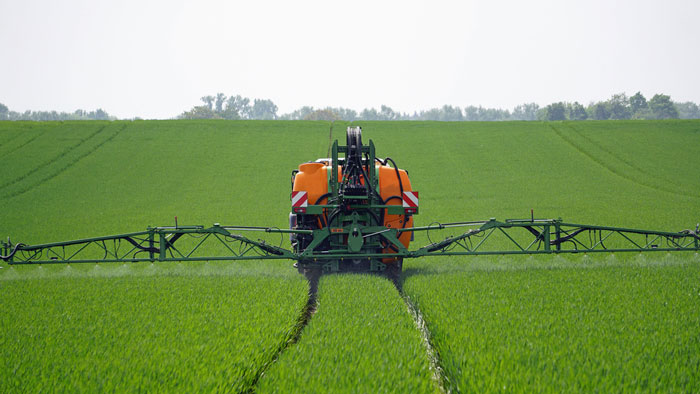 The member states voted on the matter yesterday (October 26) and the proposal to renew its licence for 10 years failed to reach a sufficient majority to pass. Glyposate’s licence runs out on December 15.

A plan has instead been proposed to have MEPs draw up a scheme to phase out the chemical, starting with domestic use and moving on to farms when alternatives become widely available.

Glyphosate is a herbicide commonly known by its trade name, Roundup or Weedol. It has been used since the 1970s when Monsanto, its discoverers, brought out Roundup. In the American agricultural sector it is the most used herbicide, and the second in domestic gardening.

Safety concerns have been brought up, and doubt thrown on various studies conducted into its risk after the release of the so-called Monsanto Papers. These are documents that suggest the company concealed risks, particularly relating to whether the chemical is or is not carcinogenic.

A European Parliament spokesman said: “The EU risk assessment process before renewing the substance’s licence was mired in controversy, as the UN cancer agency and EU food safety and chemicals agencies came to different conclusions regarding its safety.

“The EU’s authorisation procedure, including the scientific evaluation of substances, should be based only on published, peer-reviewed and independent studies commissioned by competent public authorities, MEPs say. EU agencies should be beefed up in order to allow them to work in this way.”

The industry has their say

Its Secretary-General Pekka Pesonen said “This widely used product is not only vital to feed a growing population. It is also important for our rural areas, agriculture conservation and fertile soils.

“Glyphosate substantially reduces the need for tillage which reduces soil erosion and keeps soil fertility and soil organic matters up. Other benefits of no-till and minimum tillage include lower fuel consumption in comparison with conventional ploughing techniques and lower  release of carbon dioxide from the soil into the atmosphere.

“It has been given a positive assessment by the European Food Safety Authority (EFSA), and the European Chemicals Agency (ECHA).

“Without renewal, our affordable food supplies and agricultural conservation will be thrown into jeopardy. We urge EU decision-makers and Member States to approve it for 15 years. It shouldn’t become the victim of politics or used as a bargaining tools by Member States.

“There is no reason that it should not be re-authorised for the full term. Failing to renew it would break consumer trust in our institutions and decision makers and allow minority views to take the stage.”

A spokesman said: “Glyphosate, a hugely important herbicide for Scotland’s farmers and crofters, has been deemed safe by nearly every major international health and science authority including European Food Safety Authority, European Chemicals Agency, World Health Organisation, and the Food and Agriculture Organisation of the United Nations.

“The Union has welcomed the support of the UK Government and the European Commission in recognising the importance and safety of glyphosate.

“It is the hope of NFU Scotland that those voting at the next expert committee meeting – likely to take place in the next two weeks – base their vote on the volume of scientific evidence rather than politics, when they consider a shorter reauthorisation period for glyphosate.”

NFU Scotland President Andrew McCornick added: “NFU Scotland, along with the other farming unions in the UK, believe that those voting should listen to the large number of scientific advocates of glyphosate.

“The overwhelming science indicates that glyphosate is the safest, most eco-friendly herbicide available and it is a vital tool for our members in producing safe, high quality food for consumers.

“Arable and livestock farms throughout Scotland rely on glyphosate to control weeds, manage harvests, and reduce grain drying costs and have done so safely for many, many years. The cost of losing such a vital asset would be detrimental to many who rely so heavily on it. It is proven to be a climate change friendly herbicide and its use, instead of the high CO2 omitting alternatives, is an environmental positive.”

A voice for banning glyphosate

The Soil Association, a UK-based campaign group tackling a range of farming-related issues, did not welcome the news as one might expect. Instead, it remained concerned that the matter remained under consideration.

Speaking on a blog on the association’s website, Policy Director, Peter Melchett said: “Today’s (October 25) events show that major public health and environmental concerns around glyphosate have not been resolved, and this controversial weed killer’s days are clearly numbered.  Whilst we wait for new Commission proposals, the UK Government should immediately ban spraying glyphosate in public places such as playgrounds and parks, and on food crops prior to harvest.

“Glyphosate is a hugely controversial weed killer and decisions must be made with full transparency and on the basis of sound science, environmental protection and public health – they must not be unduly influenced by the interests of Monsanto and other pesticide companies.”

The CBD authorisation process and decisions explained – in basic terms!