Because of concerns over the carcinogenicity of glyphosate, the EU Parliament has said that the EC should renew its marketing approval for just 7 years… 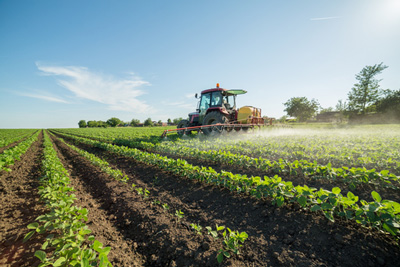 In a resolution voted on Wednesday, the European Parliament has said that the EU Commission should renew its marketing approval for the herbicide glyphosate for just 7 years, instead of 15. This is because of concerns about the carcinogenicity and endocrine disruptive properties of the herbicide.

Patented in the early 1970s, glyphosate was introduced to the consumer market in 1974 as a broad-spectrum herbicide and quickly became a best seller. Since its patent expired in 2000, glyphosate has been marketed by various companies and several hundred plant protection products containing glyphosate are currently registered in Europe for use on crops. However, last year the herbicide was classified by the International Agency for Research on Cancer (IARC), an arm of the World Health Organisation (WHO), as “probably carcinogenic to humans”.

On Wednesday, in a non-binding resolustion, which was passed by 374 votes to 225, with 102 abstentions, the European Parliament said European Commission should renew the EU market approval for glyphosate for another 7 years only instead of 15 as originally proposed. Furthermore, the Commission should not approve any non-professional uses of glyphosate, said MEPs.

The MEPs added that the Commission should also reassess its approval of the herbicide in the light of its pending classification by the European Chemicals Agency (ECHA), under separate legislation.

The resolution calls on the Commission to table a new draft in order to better address the sustainable use of herbicides containing glyphosate and also to launch an independent review of the overall toxicity and classification of glyphosate, based not only on data relating to carcinogenicity but also on possible endocrine-disruptive properties. As part of this, the MEPs urge the Commission and the European Food Safety Authority (EFSA) to “immediately disclose all the scientific evidence that has been a basis for the positive classification of glyphosate and the proposed re-authorisation, given the overriding public interest in disclosure”.

MEPs also condemned as “unacceptable” the use of glyphosate in a farming practice known as ‘green burndown’, i.e. the killing of the actual crop plant prior to harvest in order to accelerate ripening and facilitate harvesting. This practice leads inter alia to increased human exposure.

In May, National experts sitting in the Standing Committee on Plants, Animals, Food and Feed (Phytopharmaceuticals Section) will vote to adopt or reject the Commission proposal by qualified majority. If there is no such majority, it will be up to the European Commission to decide.