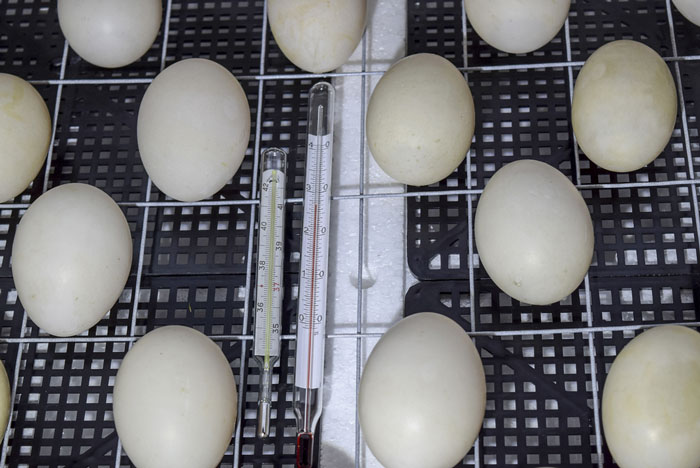 FORMALDEHYDE FREE: The chemical has been used to disinfect eggs since around 1908.

Eggs have had, all things considered, something of a mixed year. Over summer, many were taken off shelves amidst the fipronil scandal, where chickens treated with the banned chemical passed it onto the eggs they laid. Trust in European food was dented in spite of frequent assurances that the fipronil levels detected were well below a toxic concentration.

In more positive news, only last week, egg producers hailed the announcement from the British Government that, after more than 30 years, runny and raw eggs could be put back on the menu.

Now they may have another cause for celebration – the discovery of an alternative to formaldehyde fumigation by researchers at TU Graz, the Austrian Centre of Industrial Biotechnology (ACIB) and biotech start-up Roombiotic.

Formaldehyde fumigation is used on hatching eggs, not those intended for human consumption, to prevent and fight against bacterial contamination. It has has been carried out in European large-scale hatcheries for many years.

The resulting fumes can be quite unpleasant, and potentially dangerous, to those living in the vicinity.

“Formaldehyde evaporates quickly and you can’t control it completely in large-scale hatcheries – some gas always escapes,” said Tomislav Cernava from the Institute for Environmental Biotechnology of TU Graz.

In addition to the carcinogenic effects, formaldehyde is harmful to the environment. For this reason, the EU is frantically searching for an effective alternative for the treatment of hatching eggs.

The results of tests carried out by the researchers to find such an alternative have just been published in the scientific journal Scientific Reports. The group from Graz came across bacteria with antimicrobial effects in a precursor project in 2009. At the time, specific microorganisms which protect Styrian oil-seed pumpkins from rot were identified for the first time.

“We continued to conduct research on the volatile substances of these bacteria to find out how they combat pathogens so effectively. We’ve now assessed the efficiency a few of them conducting microbiome analyses of the egg shells,” said Gabriele Berg, head of TU Graz’s Institute for Environmental Biotechnology. Bacteria producing pyrazines stood out in particular.

When applied in pure form to the egg shells, pyrazines eliminated up to 99.6 per cent of germs – a decontamination rate comparable to that of formaldehyde fumigation. The natural egg-shell microbiome is characterised by an unexpected bacterial diversity. “Interestingly, especially low pyrazine concentrations lead to a positive microbiome shift,” added Ms. Berg.

Another advantage of this substance is that it is liquid at room temperature, but also evaporates easily. This means the same equipment can be used as is now used for fumigation with formaldehyde. As a next step, what works in the lab must now be tested on a large scale. To do this, the group is now looking for partners from industry who want to get involved.