The Chairman of the British Egg Council has heralded new advice that British Lion eggs are now safe to eat raw as the culmination of years of hard work on the part of the nation’s egg industry. 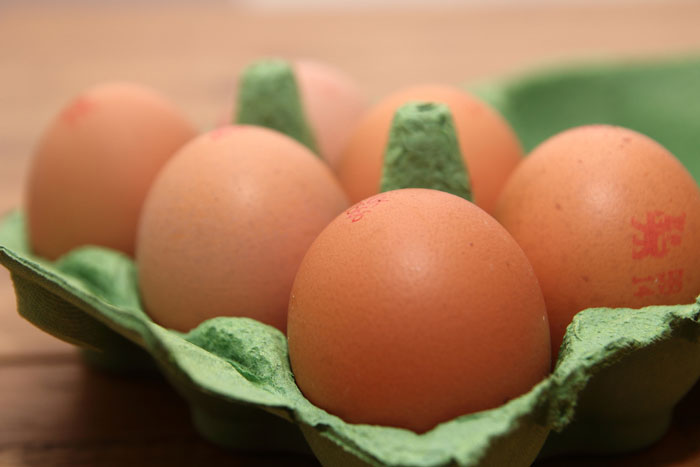 PRIDE: Red Lion-stamped eggs can now be chucked back raw

From today, expecting mothers can knock back raw eggs like there’s no tomorrow and feel safe while they’re at it. And just in time for World Egg Day.

The Food Standards Agency has announced a change to its advice on eating eggs, putting raw or lightly cooked eggs back on the menu for infants, children, pregnant women and the elderly – as long as they bear the Red Lion stamp.

This revelation comes nearly 30 years after the link between the oval staple and salmonella caused the FSA to advised vulnerable groups to cook them well before eating.

It is the result of a report published last year by the Advisory Committee on the Microbiological Safety of Food (ACMSF) suggesting the presence of salmonella in UK eggs had been in decline for years and that the risks for eggs produced under the British Lion Code of Practice. More than 90 per cent of UK eggs are produced under this scheme.

Andrew Joret, Chairman of the British Egg Industry Council, which runs the British Lion scheme, welcomed the new advice. He said: “This is a real success story for the UK egg industry.  Our producers have maintained the highest standards for two decades to ensure the superior safety of British Lion eggs and we are delighted that FSA has now confirmed that these eggs are safe enough for even vulnerable groups to eat runny or even raw.

“We know that the previous advice has deterred many women from eating eggs when pregnant, and from giving them to their babies, as well as denying older people the pleasure and nutritional benefits of a ‘dippy egg’ and home-made mousses and mayonnaise.  The advice is particularly good news for these groups and will also enable care homes to put many traditional egg dishes back on their menus.”

The results were achieved through a range of measures put in place across the food chain as part of the Lion scheme, which was introduced in 2004. These included: vaccinating hens, enhancing testing for salmonella, improved farm hygiene, effective rodent control, independent auditing and traceability, and keeping the eggs cool while transporting them from farm to shop.

Heather Hancock, Chairman of the Food Standards Agency, said: “It’s good news that now even vulnerable groups can safely eat UK eggs without needing to hardboil them, so long as they bear the British Lion mark. The FSA has thoroughly reviewed the scientific evidence about the safety of these eggs, and we’re confident that we can now change our advice to consumers.

“The major reduction in the risk of salmonella in Lion eggs is testament to the work carried out by egg producers. The measures they’ve taken, from vaccination of hens through to improving hygiene on farms and better transportation, have dramatically reduced salmonella levels in UK hens.”

Dr Juliet Gray, Registered Nutritionist, said: “The new advice is very welcome news. Eggs are highly nutritious, containing many key nutrients including high quality protein, vitamin D, selenium, iodine, choline and omega-3 fatty acids. These nutrients are particularly important for many vulnerable groups, including pregnant women, babies and elderly people and several of them are not found in many other foods.”

Some consumers should, however, still abide by the former way of doing things. The revised advice does not apply to severely immunocompromised individuals, who require medically supervised diets prescribed by health professionals, and is only for eggs produced under the British Lion Code of Practice.

As if intentionally, the announcement comes just two days ahead of World Egg Day, a celebration of all the good the egg does held every year on the second Friday in October – this year, October 13.