Pesticide use in vineyards could be halved, research suggests

A Spanish research team has successfully slashed pesticides in vineyards by 50 per cent using cutting-edge technology to spot mildew before it becomes a problem. 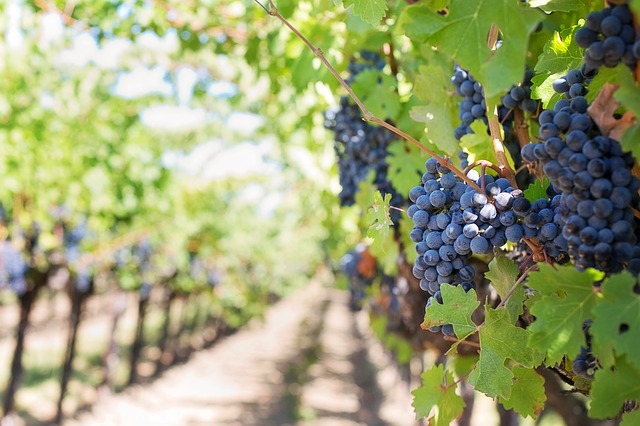 WORD ON THE GRAPEVINE: The project proves the environmental impact of wine production can be reduced

The project was led by the Neiker-Tecnalia Basque Institute of Agricultural Research and Development in association with AZTI-Tecnalia, the University of the Basque Country (UPV/EHU) and the Polytechnic University of Catalonia (UPC).

It set out to prove it was possible to cut the environmental impact of growing grapes if fewer pesticides were used on vineyards.

Targeting downy mildew, the team managed to cut the number of treatments required by 50 per cent. With powdery mildew it was less successful but still dropped the number by 25 per cent when compared with the usual methods employed across the wine industry.

The results were presented at an event held in Arkaute, which was attended by diverse stakeholders from the vine-growing industry, as well as Bittor Oroz, the Basque Regional Deputy Ministry for Agriculture, Fishing and Food Policy.

The project lasted for three years and focused on the treatment of the two varieties of mildew because they are the most common diseases in the vineyards of the Rioja Alavesa region.

It was carried out in two different agro-climate zones, one in Laguardia and the other in Aia. A range of pesticides were used on the grape varieties – tempranillo in Laguardia and hondarrabi zuri in Aia.

The research work consisted of using new handling techniques with the most common pesticides, as well as assessing the use of so-called ‘zero residue’ products as an alternative to conventional varieties.

The plots were divided into sub-plots, with a different combination of treatment being applied to each during the 2015 and 2016 seasons.

The fruit and harvests obtained were analysed at the UPV/EHU in order to assess the persistence of phytosanitary products in the soil, water and vine products themselves (grapes, must and wine).

AZTI was responsible for carrying out human toxicity and bio-accessibility analyses for these same products, using zebra fish. Tecnalia’s input consisted of the development of a device which is capable of detecting mildew before the moment that its symptoms become visible to the human eye. This tool will facilitate the decision-making process, making it easier to decide when exactly to apply the first treatment in order to decrease the infectious pressure of the micro-organism which causes the disease. For its part, the UPC has run training courses for vine-growers and technicians working in the industry regarding how to calibrate the machinery used to apply phytosanitary products, paying special attention to the need to ensure optimum conditions in these machines in order to help reduce the amount of product released into the environment. Also, ensuring the correct dose also helps reduce excess residue in the end product.

The project was prompted by the European Directive on the Sustainable Use of Pesticides, which establishes a framework for ensuring a sustainable use of these products by reducing their risks and effects on both human health and the natural environment, as well as by adopting alternative approaches or techniques such as non-chemical substitutes.