EU and Food and Agriculture Organisation of the United Nations join forces to take action on food waste and antimicrobial resistance. 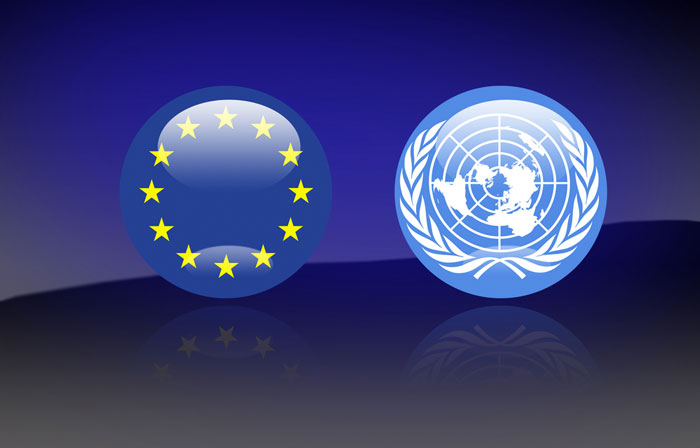 PARTNERS: The EU and FAO have announced a partnership.

Commissioner for Health and Food Safety Vytenis Andriukaitis and the Director-General of Food and Agriculture Organisation of the United Nations (FAO) José Graziano da Silva, today agreed to ramp up collaboration between the two organisations in tackling the problems of waste in food supply chains and antimicrobial resistance.

In a letter of intent signed last week, the FAO and the EU pledge to work closely together to halve per capita food waste by 2030, a goal established under the new Sustainable Development Goals global agenda. It also commits them to intensified cooperation on tackling the spread of antimicrobial resistance (AMR) on farms and in food systems.

Speaking at a signing ceremony at FAO’s Rome headquarters, Commissioner Andriukaitis said: “Food loss and waste represent an unacceptable, unethical and immoral squandering of scarce resources and increase food insecurity, while AMR marks a grave societal and economic burden,” adding: “We are becoming more united, more efficient and more strategic in how we tackle these issues, and as such, this agreement should be celebrated.”

Calling AMR a global threat to humans and animals, Graziano da Silva said: “FAO’s vision is that antibiotics and other antimicrobials, should be only used to cure diseases and alleviate unnecessary suffering.” While in certain circumstances such treatments could be used to prevent an imminent infection, “in no circumstances should they be used for growth promotion.

“European countries are making great progress in reducing the use of antimicrobials in agriculture. Their experiences can strongly support FAO’s work, especially in promoting technical cooperation activities in developing countries,”

Globally, one-third of all food produce for human consumption – 1.3 billion tonnes – is lost or wasted, each year, causing massive financial losses while squandering natural resources. In Europe alone, around 88 million tonnes of food are wasted each year, with associated costs estimated at €143 billion, according to EU estimates.

This makes AMR a growing threat that could lead to as many as 10 million deaths a year and over €85 million in losses to the global economy by 2050, according to some studies. And in addition to public health risks, AMR has implications for food safety as walls as the economic wellbeing of millions of farming households across the globe.

Today’s strengthened partnership reflects the intersection of FAO and EU priorities in the realm of food safety and food security.

FAO is leading an international effort to improve global measurement of food loss and waste, including the publication of an Annual Global Food Loss Index; the European Commission is also working to develop a methodology for measuring food waste as part of its “Action Plan for the Circular Economy”. FAO is already an active member of the EU’s Platform on Food Losses and Food Waste.

Opportunities for strategic leveraging the knowledge and resources of the two organisations are manifold. Examples include:

FAO and the EU will also team up to support governments in implementing standards and guidelines related to AMR adopted by the Codex Alimentarius Commission.

The EU is the largest source of voluntary contributions to FAO beyond its regularly assessed dues, and the two organisations have a long history of cooperation on a range of issues.