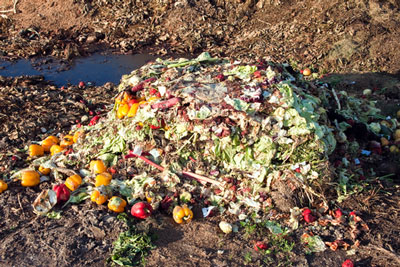 Graziano da Silva, addressing the ministers at a meeting in Istanbul, also praised specific initiatives announced by the G20 to reduce food loss and waste, including a new platform aimed at strengthening information sharing to help curb food loss and waste in both the G20 members and low-income countries.

“FAO is ready to work with our partners to establish this platform. I am confident it will give a concrete contribution to sustainably increasing food security and nutrition,” the FAO Director-General told the G20 agriculture ministers.

In a communiqué adopted at the meeting, the G20 agriculture ministers noted “with great concern the significant extent of food loss and waste throughout food value chains” describing it as “a global problem of enormous economic, environmental and societal significance”.

It is estimated that one-third of food produced for human consumption is lost or wasted globally, which amounts to about 1.3 billion tonnes per year. Food is lost when it is spilled or spoilt before it reaches its final product or retail stage, and it is wasted when it is not consumed because it is left to spoil or discarded by retailers or consumers.

To feed a world population of nine billion in 2050, the global food supply will need to increase by 60%

The G20 agriculture ministers discussed how to meet the food security and nutrition needs for a world population expected to top nine billion by 2050. FAO estimates that to feed this growing population, global food supply will need to increase by 60%.

The ministers cited the need for sustainable and resilient food systems – from production, through food processing, distribution, retailing and consumption. These would serve to expand food supplies and create decent work in rural areas, especially for small-scale family farmers, women and young people.

They also noted that among other things, sustainable food systems should help address climate change.

Additionally, the ministers agreed to strengthen the Agricultural Market Information System (AMIS) – a G20 initiative of which the secretariat is housed in FAO, aimed at enhancing food market transparency and encouraging coordination of policy action in response to market uncertainty.

“While AMIS has been a particularly successful initiative, we dedicate ourselves to deeper and stronger collaboration in AMIS to materially improve global data and market transparency by disclosing regular, reliable, accurate, timely and comparable data,” the agriculture ministers said.