A call to fight food loss and waste was on the agenda at a high-profile UN meeting. 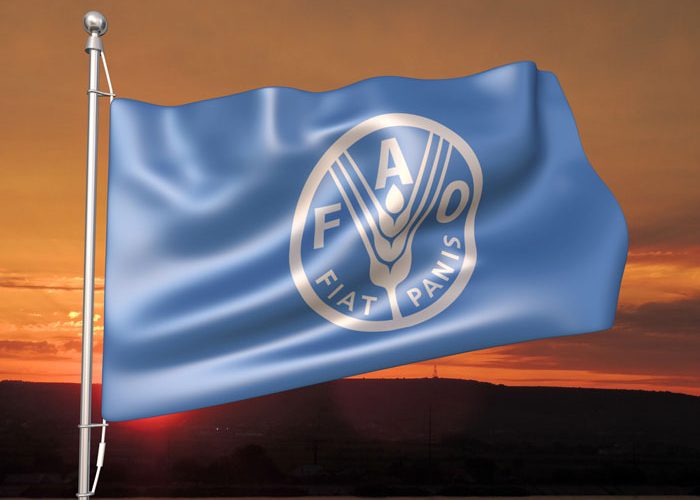 Speaking at the 72nd session of the UN General Assembly in New York, the FAO Director-General José Graziano da Silva made the case for a global commitment to zero tolerance for food loss and waste.

The Food and Agriculture Organisation of the United Nations (FAO) estimates that a third of food produced for humans is lost or wasted every year around the world. This loss and waste occurs throughout the supply chain, from farm to fork. Beyond food, it represents a waste of labour, water, energy, land and other inputs. If food loss and waste were a country, it would rank as the third highest national emitter of greenhouse gases.

Graziano da Silva joined Gilbert Houngbo, President of the International Fund for Agricultural Development (IFAD), David Beasley, Executive Director of the World Food Programme (WFP), Thani bin Ahmed Al Zeyoudi, Minister of Climate Change and Environment of the United Arab Emirates, Josefa Correia Sacko, Commissioner for Rural Economy and Agriculture of the African Union as well as representatives of the governments of Germany, the Netherlands and Angola in calling for greater cooperation by governments, business, development partners, farmers groups and others to address the problem.

The FAO say that of the 815 million hungry people in the world, the majority live in rural areas of developing countries and are family farmers, pastoralists or fishers. They have poor access to modern means of preventing food losses and waste, and often local food systems are subject to gaps in post-harvest handling, transportation, processing and refrigeration.

FAO has developed tools and methodologies for identifying losses, their causes and potential solutions along the entire food value chain, from production, storage and processing to distribution and consumption.

In South-East Asia, for example, fruit and vegetable producers found that around 20 percent of tomatoes were damaged during transportation because of the way they were packed in bulk. Initiatives to improve packaging practices, with the participation of producers and other stakeholders, resulted in an impressive 90% reduction of these losses.

In 2013, FAO launched a global initiative on food loss and waste called Save Food. The platform includes a network of more than 500 partners from international organizations, the private sector, civil society and others with the objective of promoting awareness and the exchange of ideas and best practices on preventing food waste and loss.

FAO also produces data and information so that decision-makers can better understand where and how food losses and waste occur, and the agency is working with partners to measure the impact of food loss and waste reductions on food security and nutrition.