New analysis has sounded ominous warnings about how leaving the EU will affect the average Brit’s pocket. 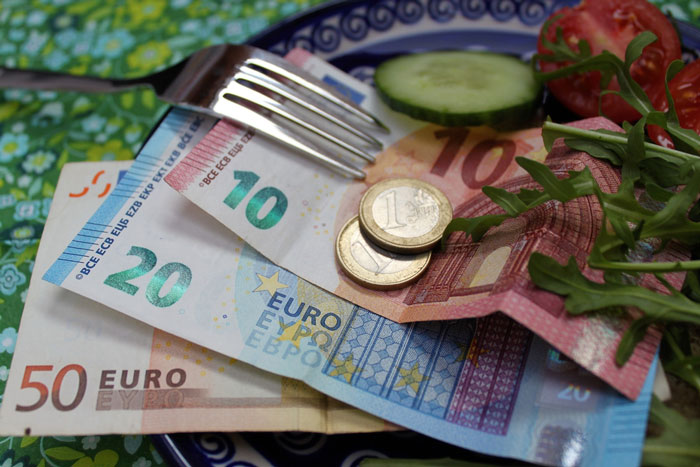 BREXIT BUDGET: No deal could spell huge increase in the cost of everyday food

The pendulum of hope and despair that is Brexit forecasting has swung once more towards misery.

The British Retail Consortium (BRC) has released the results of its market analysis and it’s not good news for British shoppers.

More than three quarters of food imported into the UK comes from the EU. If no trade agreement is reached, a possibility challenged and championed by various characters in the Brexit cast, most of these goods will be subject to new tariffs.

The result according to the BRC: an increase in the average cost of food imported by retailers from the EU of 22 per cent.

The consortium’s analysis of the proportion of EU food retailers sell and the impact of new tariffs indicates how much everyday items could be affected. If UK producers react to higher import prices by bumping up their own to keep in line with EU products, the average consumer’s wallet could be hit hard.

The BRC has estimated potential price increases for a number of everyday food items, should goods from the EU face WTO tariffs. The price of beef for instance could rise by 29 per cent, or for cheese more than 30 per cent. Tomatoes and Broccoli could see a more gentle rise of 18 and 10 per cent respectively.

Andrew Opie, Director of Food Policy at the British Retail Consortium said: “Price increases of this scale to everyday food items will add a huge burden to hard pressed consumers whose finances are already under increasing strain from inflationary pressures.

“Even at the lower end of the risk, price rises of five to nine per cent dwarf the increase from inflation that shoppers are currently paying on food goods.  And the tariffs are particularly high on meat and dairy products, meaning that products such as beef and cheese would be hardest hit.

“With consumers’ buying habits being dictated ever more by a shrinking pool of discretionary spend, there’s no doubt that they will find an additional hit of this magnitude to their weekly food bills extremely hard to swallow.

“There will be opportunities from new trade deals in the medium to long term, but there’s a pressing need to avoid a cliff-edge situation on Brexit day. This is why the priority for the UK Government has to be securing the continuity of free trade with Europe from March 2019 and thereby delivering a fair Brexit for consumers.”