Academics at Bournemouth University have developed an app that helps people eat the recommended five portions of fruits and vegetables per day. 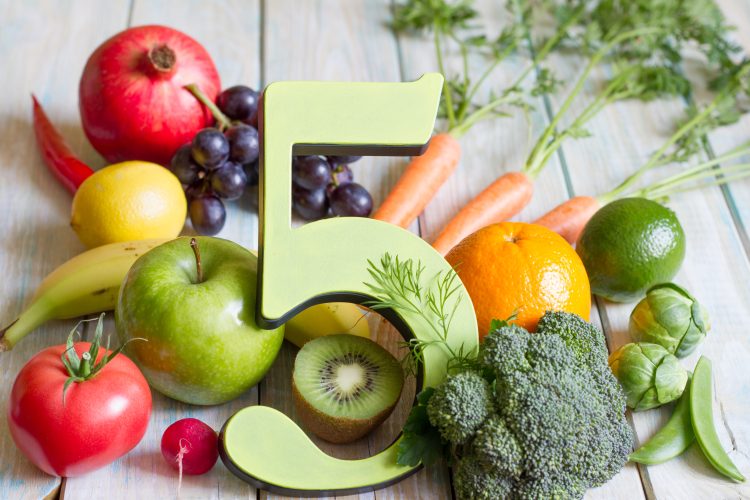 A novel app has been developed so that users can reach the recommended target of eating five portions of fruits and vegetables a day.

Developed by academics at Bournemouth University, England, the app tells users whether they are eating the right portion sizes, as well as the right foods, to meet the recommended guidelines from health authorities in the UK.

Previous studies from Bournemouth University found that whilse most adults in the UK are aware of the 5 a day message, their understanding of how to get to it is low.

“Almost everyone knows they should eat five a day,” said Katherine Appleton, Professor of Psychology at Bournemouth University, who led the studies and the development of the new app.

“But when we looked a little further, it was clear that a lot of people did not know what counts towards the target, they did not know what a portion size is, and many did not realise that they needed to eat five different things.”

Appleton went on to explain that the University’s studies revealed that “lower knowledge was associated with lower consumption of fruits and vegetables”.

Why is it important to eat your five a day?

Figures from Public Health England have shown that 52.4 percent of teenagers aged 15 eat five or more portions of fruit and vegetables. Additionally, the proportion of the adult population that eats the recommended five portions in the UK is 55.4 percent, suggesting that there is still some way to go in terms of diet adjustments.

Introduced in March 2003, the “5-a-day” campaign was launched by the UK Government to encourage people to increase their consumption of fruit and vegetables to at least five portions.

According to The Health Foundation the health benefits of consuming this amount of fruit and vegetables include reducing the risk of cardiac diseases, cancers and diabetes.

The NHS has said that fruits and vegetables are a source of vitamins and minerals and state that they are an “excellent of dietary fibre”. Listing five reasons why it’s important to include them in your diet, the NHS continues to endorse the “5-a-Day” scheme, suggesting that an app to help consumers reach this goal may promote the scheme further.

Getting familiar with the app

The app is called “SMART-5-A-DAY” and is available for free. Bournemouth University has said that users can select the fruit or vegetable they have just eaten and will then be asked to enter how much of it they ate.

The app will then tell them whether that amount made up a full or partial portion and how much more would be needed to take it up to a full portion. Additionally, it also keeps a running total of their progress towards the five a day target.

“What is unique about this app is that as well as tracking daily fruit and vegetable intake, it teaches people about portion size, so they get to the point where they know what they need to eat themselves,” said Appleton.

“We think this will be an effective tool to improve people’s diets for the long term, rather than simply for the short period that they use the app.”