To encourage Brits to donate unopened food amid the cost-of-living crisis, Deliveroo has launched ‘Collecteroo’ in partnership with the Trussell Trust. 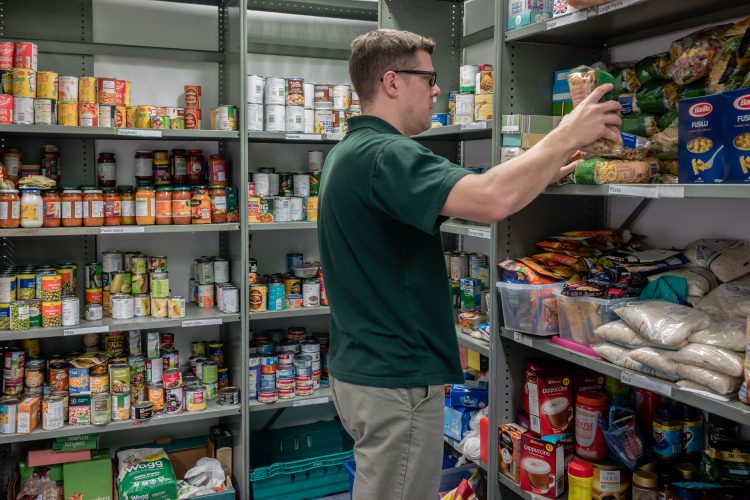 To help households facing hunger this winter, Deliveroo has launched ‘Collecteroo’ in partnership with the Trussell Trust.

The online delivery company hopes that its innovation will encourage people to donate unopened, in-date food items to foodbanks so they can be distributed to the Trussell Trust’s network of local food banks.

The Trussell Trust has provided 1.3 million emergency food parcels to people in need between April and September 2022, however, with food inflation hitting a 42 year high in October, even more people may be forced to rely on food banks this winter due to not being able to the afford soaring prices affecting even basic products.

Commenting on the partnership, Will Shu, CEO and Founder of Deliveroo, said: “Working closely with the Trussell Trust, we are making it easier for people to donate food by connecting residents to local food banks.”

According to research commissioned by Deliveroo, over 74 percent of Brits have unopened food items in their cupboards that they would happily donate to food banks.

What’s more, Deliveroo has found that 58 percent of the British public have said that they feel more charitable and are more likely to donate over the Christmas period.

Over the next six months, the Trussell Trust has forecasted that they will need 1.3 million emergency food parcels to support UK consumers who are food insecure.

“Food banks in the Trussell Trust network are facing their toughest winter yet and expect to distribute more than 1.3 million emergency food parcels over the next six months, more than half a million of these parcels will be for children,” said Danni Malone, Director of Network Programmes and Innovation at the Trussell Trust.

“The ‘Collecteroo’ initiative will make a real difference to our food banks in these cities by making it easier to donate and helping to ensure that they have the stock they need to keep going this winter.”

The food collections will start on 12 December in Manchester and end on 17 December in London. Those who wish to support by arranging a food collection from their home can do so via the designated microsite however, applications will close on 28 November to ensure there is enough time for scheduling.

Hoping to facilitate food donations in major UK cities, mobile Collecteroo e-vans will collect items from people’s homes and deliver them to network locations across in London, Birmingham, Manchester, Glasgow, and Cardiff.

The most needed items

To ensure that the emergency food parcels contain at least three days worth of nutritionally balanced meals, Collecteroo is encouraging people to donate the following items:

Hoping to raise awareness of the importance of food bank donations during this economically difficult time, Olympic boxing champion Nicola Adams will be acting as an ambassador for this campaign. 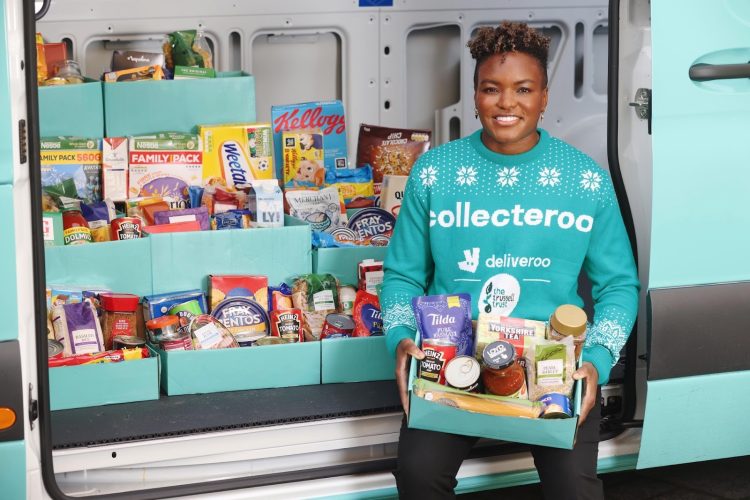 “I know how challenging it is for some families to put food on the table, and although they shouldn’t be needed, I’m so thankful that food banks are there to provide compassionate and practical relief,” said Adams.

Hoping to ease the pressure of food inflation, energy pressures and the cost-of-living crisis for those in need, this partnership could make Christmas a little easier for food insecure Brits this winter.