A new study has found that the TfL’s ban on advertising HFSS foods has made a huge dent in obesity numbers and is expected to save the NHS £218 million over the lifetime of the current population. But not everyone’s so sure…. 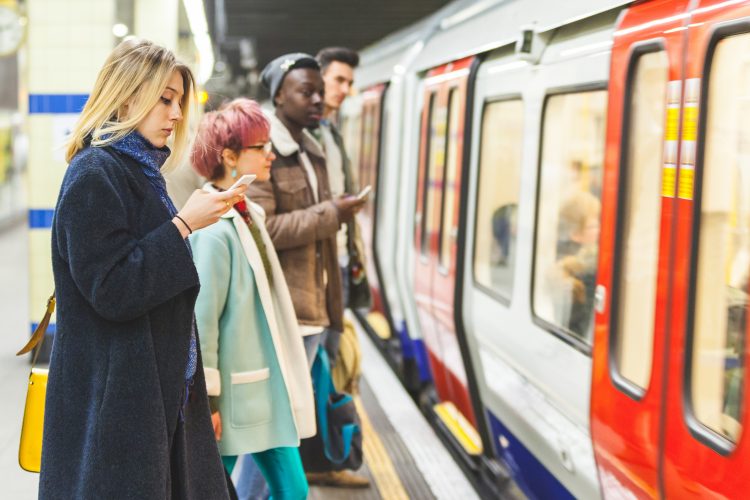 Junk food advertising restrictions on Transport for London (TfL) networks in the UK is predicted to save the NHS more than £200 million, new research has found. However, GLA Conservatives Health representatives claim this study has been debunked as quickly as it was published, alleging it’s based on a “flawed” and “misleading” methodology.

The study, from the University of Sheffield and the London School of Hygiene & Tropical Medicine (LSHTM), states that the TfL policy which banned adverts of foods high in fat, salt and sugar (HFSS) has led to 94,867 fewer cases of obesity, 2,857 cases of type 2 diabetes being prevented or delayed, and 1,915 fewer cases of cardiovascular disease.

Christopher Snowden, Head of Lifestyle economics at the Institute for Economic Affairs, tweeted his analysis of the research, which he describes as “the worst piece of activist-driven quackery in a journal this year”.

In another post, he wrote: “The model is based on a factoid from another modelling study which I wrote about in February. That was also one of the worst pieces of garbage I’ve ever seen. The authors claimed that London households ate 1,000 fewer calories of HFSS [foods high in fat, sugar or salt] after the ban. This wasn’t true in any sense. They could only pretend it was true by creating a ridiculous counterfactual in which consumption rose sharply for no reason if there hadn’t been a ban.”

The conclusions were drawn after the researchers examined consumer purchasing behaviour in their weekly food shops through surveys. The trends in London were then compared to a control group of households outside of the capital where no such restrictions are in place.

“We all know how persuasive and powerful advertising can be in influencing what we buy – especially the food we eat,” commented Dr Chloe Thomas, First Author of the study from the University of Sheffield’s School of Health and Related Research (ScHARR). “Our study has shown what an important tool advertising restrictions can be in order to help people lead healthier lives

Here it is, the worst piece of activist-driven quackery in a journal this year, reported as the authors hoped it would be by the Daily Mail. 2/ https://t.co/swFtwLniBv

without costing them more money.

“We hope that demonstrating the policy’s significant benefits in preventing obesity and the diseases exacerbated by obesity, will lead to it being rolled out on a national scale, something that could save lives and NHS money.”

Despite those on middle incomes cutting more calories, the research found that the restrictions had a bigger impact on people from deprived areas in terms of preventing health conditions. As a result, the researchers say this has reduced the level of health inequality in London.

“This work shows the potential health impacts and cost savings of the Mayor of London’s ‘Junk Food Ad Restriction’ based on our evaluation earlier this year, published in PLoS Medicine, which found that the policy reduced average household purchases of energy by 1000 calories per week,” explained Professor Steve Cummins from LSHTM.

“With more than 80 local authorities across the UK now considering the implementation of similar policies, this study provides further evidence of the effectiveness of advertising restrictions to help support decision makers. In light of the government’s current delay in implementing obesity prevention policies outlined in the recent 2022 Health & Care Act, this is a policy that local authorities can deliver now without the need for national regulation in an effort to tackle obesity on a national scale.”

The findings come at a time when food and diet is firmly on the minds of many families in Britain – the UK Government recently announced its Food Strategy, which has come under heavy scrutiny for not going far enough to address concerns over food security in the UK.

“Advertising undoubtedly plays a significant role in promoting and encouraging the consumption of less healthy foods,” The Mayor of London, Sadiq Khan, added. “With child obesity putting the lives of young Londoners at risk, it simply isn’t right that children and families across the capital are regularly inundated with adverts for foods that do not support their health – that’s why I was clear that tough action was needed.

“This study, which builds on research from earlier this year, demonstrates yet again that the ground-breaking restrictions we introduced could not only influence behaviour and ultimately save lives, but could directly save our NHS hundreds of millions of pounds.

“I am determined to continue this work to improve the health of Londoners, alleviating some of the burden on our overstretched health service and building a better London for everyone.”

But earlier this year, the GLA Conservatives Food For Thought: The TfL Junk Food Ad Ban and the Mayor’s Failure to tackle child obesity in London report set out the Mayor’s failings on this issue, and his reliance on flawed and misleading research.

“With rising childhood obesity in London, amongst reception and year 6 children, it is brazen for the Mayor to claim success on the basis of junk science which has been roundly and repeatedly debunked,” stated Emma Best, a GLA Conservatives Health spokesperson. “With up to £25 million in lost revenue and a flawed and inconsistent roll-out of this policy, Londoners rightly expect the Mayor to stop pushing dodgy research to cover up his mistakes, and start taking serious action to improve the health of London’s children.”

The paper can be viewed in full here.