Climate change will cause the US Corn Belt to become unsuitable for cultivating corn if major technological advances in agricultural practices do not take place, according to a new study. 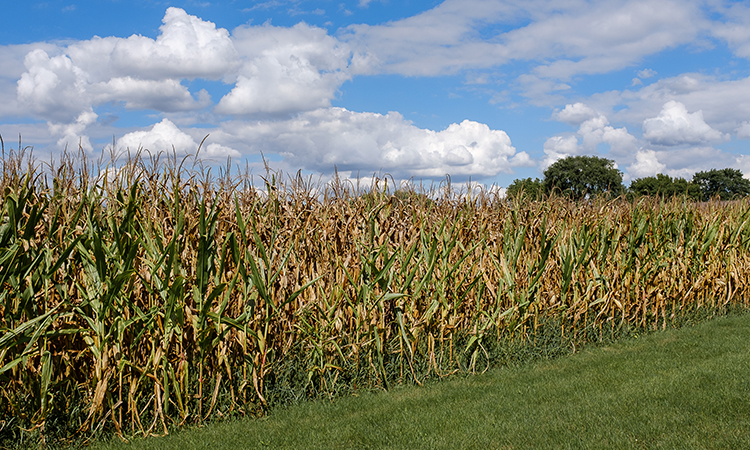 Climate change will make the US Corn Belt (a region of the Midwestern United States that, since the 1850s, has dominated corn production in the US) unsuitable for cultivating corn by 2100 without major technological advances in agricultural practices, an Emory University study has found.

The research, published in Environmental Research Letters, states that significant agricultural adaptation will be “necessary and inevitable” in the Central and Eastern United States.

Emily Burchfield, author of the study and Assistant Professor in Emory’s Department of Environmental Sciences, said that it is critical that this adaptation includes diversification beyond the major commodity crops that now make up the bulk of US agriculture.

“Climate change is happening, and it will continue to shift US cultivation geographies strongly north,” she said. “It’s not enough to simply depend on technological innovations to save the day. Now is the time to envision big shifts in what and how we grow our food to create more sustainable and resilient forms of agriculture.”

The research combines social and environmental data to understand the future of food security in the US, including the consequences of a changing climate.

More than two-thirds of the land in the US mainland is currently devoted to growing food, fuel or fibre, according to the study, which focused on the six major US crops that cover 80 percent of cultivated land in the US. These are alfalfa, corn, cotton, hay, soy and wheat. The researchers used historical land-use data classifying where these crops are grown and publicly available data from the US Department of Agriculture, the US Geographical Survey, the WorldClim Project, the Harmonized World Soil Database and other public sources.

Using these data, Burchfield built models to predict where each crop has been grown during the 20 years spanning 2008 to 2019. She then ran a second set of models that incorporated indicators of human interventions — such as input use and crop insurance — that alter biophysical conditions to support cultivation.

Using these historical models, she was able to “project biophysically driven shifts in cultivation to 2100 under low-, moderate- and high-emission scenarios”. The results suggest that even under moderate-emission scenarios, the cultivation geographies of corn, soy, alfalfa and wheat will all shift strongly north, as the Corn Belt of the upper Midwest becomes unsuitable for corn cultivation.

“These projections may be pessimistic because they don’t account for all of the ways that technology may help farmers adapt and rise to the challenge,” Burchfield added. “But relying on technology alone is a really risky way to approach the problem. If we continue to push against biophysical realities, we will eventually reach ecological collapse.”

She stressed the need for US agricultural systems to diversify beyond the major commodity crops, most of which are processed into animal feed.

She stated that US agricultural systems incentivise “monoculture farming” of a handful of commodity crops, largely through crop insurance and government subsidies, which is taking “an enormous toll on the environment”.

“It’s important to begin thinking about how to transition out of our current damaging monoculture paradigm toward systems that are environmentally sustainable, economically viable for farmers and climate-smart,” she concluded.