School meals could become smaller across the UK due to inflation, warns the Chief Executive of a large food wholesaler. 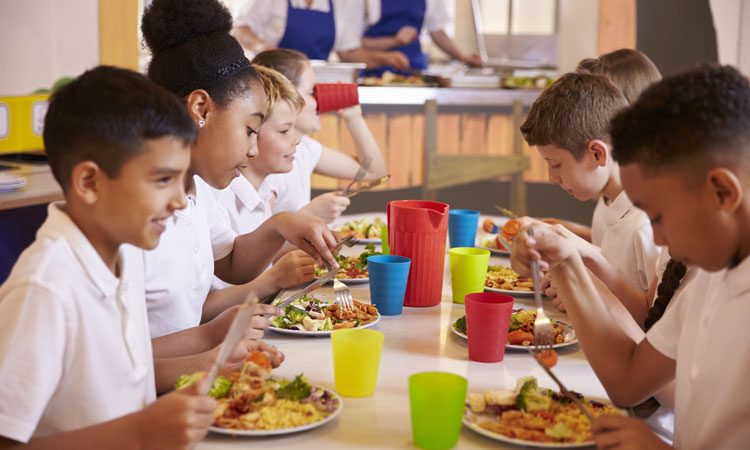 School dinner portions could be reduced in size because of the rise in food costs, Andrew Selley, the Chief Executive of Bidfood – one of the largest food wholesalers in the UK – has warned.

In an interview with BBC Radio 4’s Today programme, Selley said schools might also be forced to use cheaper ingredients to try and counter the rising food prices.

“The situation is going to lead to some difficult decisions for school caterers. Either they are going to serve smaller portions or use cheaper ingredients,” he said. This is not going to be good for children because all of the inputs into the food supply chain have increased over the last few months, he added.

“We are seeing things like sunflower oil is double the price it was a year ago, which has pushed into other oils like vegetable oil, rape seed oil, even palm oil. Bakery items are up 20-30 percent,” he continued.

Selley has called on the government to ensure funding for free school meals keep pace with rising prices, saying they are “vital” for the “education and attainment” of children.

“Over the last 10 years the amount of money the government provides for free school meals has only gone up by 1.7 percent, which obviously was well behind inflation even before this last 12 months,” Selley said.

The Chief Executive’s comments come after the Bank of England faced criticism for not doing enough to tackle the rising cost of living, with Andrew Bailey, the Governor of the Bank of England apologising for being “apocalyptic”, as he acknowledged the price inflation on food, stating it “is a big concern”. He said that the war in Ukraine is having a big impact on food supplies both in the UK and elsewhere, adding that “there’s a lot of uncertainty around this situation”.

A new survey also revealed that more than four in five people in the UK are worried about rising living costs and their ability to afford basics necessities like food and energy over the coming months, in the face of the enormous cost-of-living crisis the country is currently in.

The Office for National Statistics (ONS) has also predicted that overall inflation could rise sharply in statistics shared this month, as household costs rose greatly in the month of April.