A new research study suggests that humans possess surprising nutritional intelligence that influences our eating habits…but is the modern food sector making us turn away from our instincts? 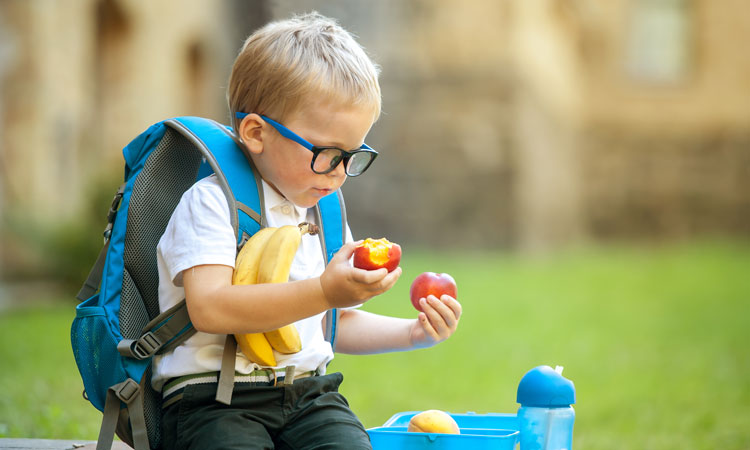 New research has shed light on what drives people’s basic food preferences, indicating our choices may subconsciously be influenced by the specific nutrients we need.

The study, led by the University of Bristol and published in the journal Appetite, set out to re-examine and test the “widely-held view that humans evolved to favour energy dense foods” and that “our diets are balanced simply by eating a variety of different foods”. However, the findings of the study revealed that people seem to have “nutritional wisdom”, which means the food we eat is selected, in part, to meet our need for vitamins and minerals and avoid nutritional deficiencies.

“The results of our studies are hugely significant and rather surprising,” said lead author Jeff Brunstrom, Professor of Experimental Psychology at the University of Bristol. “For the first time in almost a century, we’ve shown humans are more sophisticated in their food choices, and appear to select [food] based on specific micronutrients rather than simply eating everything and getting what they need by default.”

The paper reinforces the results of research carried out in the 1930s by an American paediatrician, Dr Clara Davis, who placed a group of 15 babies on a diet which allowed them to “self-select” – or eat whatever they wanted – from 33 different food items. While no child ate the same combination of foods, they all achieved and maintained a good state of health, which was taken as evidence of nutritional wisdom.

The new study states that Dr Davis’ findings were later scrutinised and criticised, and replicating her research was not possible because this form of experimentation on babies would today be considered unethical. The paper adds, that because of this, it has been nearly a century since any scientist has attempted to find evidence for nutritional wisdom in humans.

To overcome these barriers, Professor Brunstrom’s team developed a novel technique which involved measuring preference by showing people images of different fruit and vegetable pairings. In this way their choices could be analysed without putting their health or wellbeing at risk.

In total, 128 adults participated in two experiments. The first study showed people prefer certain food combinations more than others. For example, apple and banana might be chosen slightly more often than apple and blackberries, and these preferences appear to be predicted by the amounts of micronutrients in such a pair. To confirm this, they ran a second experiment with different foods and ruled out other explanations.

Similarly, the data demonstrated that people combine meals in a way that increases exposure to micronutrients in their diet.

“The research throws up important questions, especially in the modern food environment,” said the study’s co-author Mark Schatzker; a journalist and author. “For example, does our cultural fixation with fad diets, which limit or forbid consumption of certain types of foods, disrupt or disturb this dietary ‘intelligence’ in ways we do not understand? Studies have shown animals use flavour as a guide to the vitamins and minerals they require. If flavour serves a similar role for humans, then we may be imbuing junk foods such as potato chips and fizzy drinks with a false ‘sheen’ of nutrition by adding flavourings to them.”

“In other words, the food industry may be turning our nutritional wisdom against us, making us eat food we would normally avoid and thus contributing to the obesity epidemic.”

The University of Bristol

The University of Bristol