New research shows that consumers are paying over the odds for their fruit and vegetables, which could explain why many are not eating as much fruit and veg as they should be. 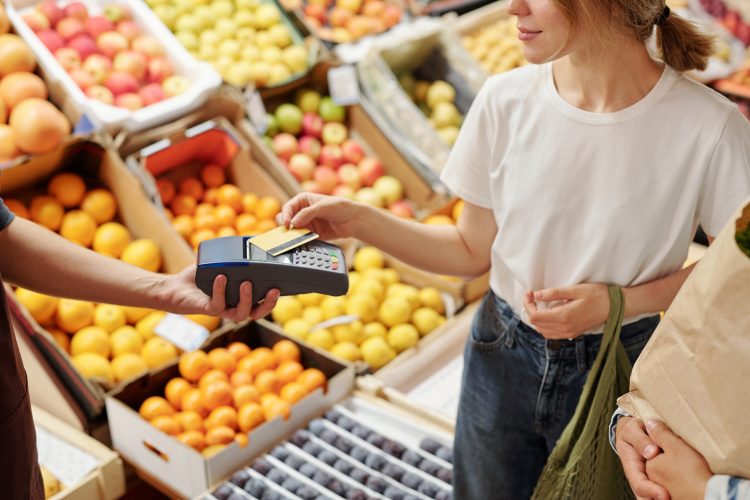 High fixed costs for fresh fruit and vegetables in shops means that consumers are paying 40 percent more than they should, unlike unhealthy alternatives, a new study has stated.

The study, conducted by economists at the University of Warwick in the UK and published in Science Advances, set out to quantify distortions in the price of fruit and vegetables and their impact on our diets.

“The food retail market is very competitive, so if there weren’t any fixed costs you would expect food to be sold close to marginal cost. And the fact that they are not affects diets,” said Professor Thijs Van Rens, one of the authors of the article and head of the Warwick Obesity Network.

“A higher price of any product means that people buy less of it. The question is, by how much? We find that if the market were working correctly, consumers would buy 15 percent more fruit and vegetables than they currently do, which would constitute a huge gain for public health.”

The shelf price of a product incorporates fixed costs associated with its manufacture and distribution. Fruit and vegetables have particularly high fixed costs as they are perishable products which requires them to be restocked more frequently, which the study claims leads to higher costs for shoppers.

“There is something wrong with the market, which is that there’s a high fixed cost in the provision of fruits and vegetables,” added Van Rens. “The effect of that is that the prices are too high, and consumption too low. What’s worse is that the effect is stronger when demand is low, and demand happens to be low where people are poor. So this market failure not only makes us all unhealthier, but it increases health inequality as well.”

To investigate the impact this has on consumers’ fruit and vegetable purchasing, the economists modelled the consumption behaviour of households with different incomes, living in neighbourhoods with different average income levels. They used data on food purchases in the United States from the NielsenIQ Homescan dataset, which contains detailed information about quantities and prices of food purchases over the space of ten years from about 60,000 households.

“Taxing and subsidising to tackle obesity has been politically infeasible for some time but shouldn’t be any longer,” said Van Rens. “Obesity is a massive public health problem and we’re not going to solve it with tweaks. We need to bring out the big guns: subsidies and taxes. There is no debate that fruit and vegetable consumption would increase if you subsidise it. The main contribution of our research is to show that the market is already so distorted that this subsidy would benefit every single consumer in the economy.”

Introducing a subsidy to counteract the price distortion and reduce the cost of fruit and vegetables will change diets in a way that is not only healthier, but also more in line with what consumers like to eat, the research adds.